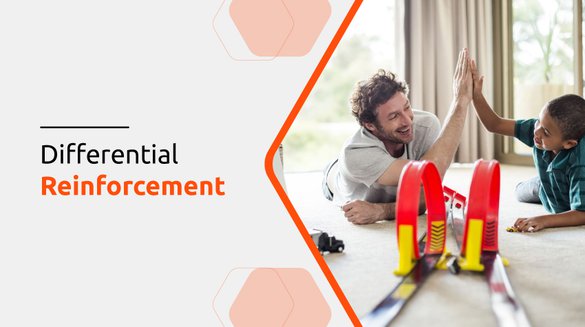 Do you want your child to make their bed by themselves first thing in the morning and create good habits without being fussy? Then you need to learn about differential reinforcement. 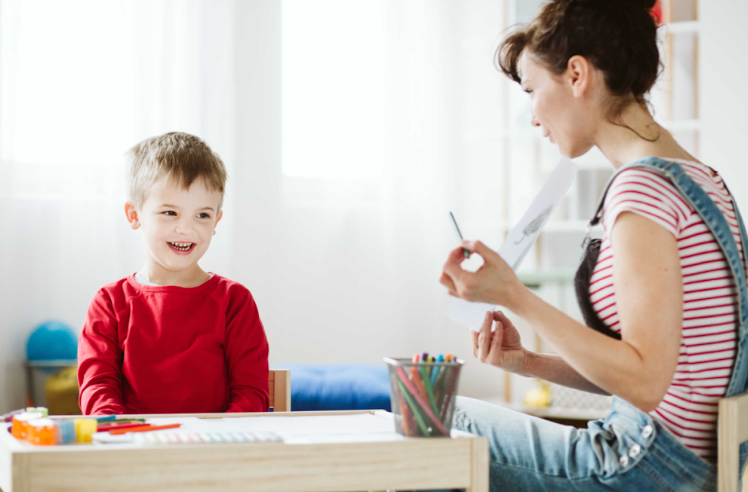 When it comes to disciplining children, parents and teachers can use parenting websites and books. And there are different new techniques of parenting such as gentle parenting, positive parenting nowadays that can help parents to a great extent..

In this guide, you will learn everything you need to know about differential reinforcement. Keep reading below.

What Is Differential Reinforcement?

Differential reinforcement is an idea that is used to increase the possibility of desirable behavior by giving rewards and removing undesirable behavior. It is a type of operant conditioning and is especially used with children; however, it can be used for people of all ages in different situations.

The two main distinctive features of differential reinforcement involve reinforcing the behavior you want to achieve and withholding reinforcement of the undesirable behavior.

In differential reinforcement, the behavior that you want to see is controlled by giving consequences to it. For instance, you want your child to brush his teeth before bed, and to enforce this habit; you give them rewards. This reinforcement of behaviors strengthens the association between toothbrushing and receiving a sticker.

Rewarding their actions can help minimize the negative behavior you don't want to see in your children. Enforcing this technique can help reduce problem behavior that can be agonizing, hyperactivity, and aggression in children.

Simply put, it can be thought of as the opposite of traditional discipline in which parents punish their children when they inflict unwanted behavior to suppress the bad behavior.

There are mainly five different types of differential reinforcement which are mentioned below.

1.Differential Reinforcement of Other Behaviors (DRO)

DRO involves rewarding the child when inappropriate behavior does not occur during a specific amount of time. In DRO, any other behaviors except the undesired behavior will be reinforced during the interval.

An example of this kind of differential reinforcement would be a child who constantly leaves his seat during homework time. The parent would reinforce a reward by setting a timer for ten minutes. If the child does not leave his desk during this time, he is awarded television time after completing the work.

DRA involves enforcing an alternative behavior or action to the undesirable behavior of children. You first identify the desired behavior and actions and related responses that you can reward should the primary response be missed.

The alternative behavior picked for replacement must have the same features as the undesired manners, which means it delivers the same consequences and must be functionally identical. This is a great approach to introducing functional communication and socially appropriate behaviors.

An example of DRA would be: In class, a teacher rewards students for finishing their classwork on time, just as they would reward those who actively partake in the class. The teacher withholds the reward for idleness and lack of class participation.

For instance, a teacher wants the child to stay in his seat, but the behavior is ignored each time the student leaves his seat. However, when the child stays seated, the teacher rewards him with a cracker.

DRL is a technique that strives to lower the rate of undesired behaviors that occur too often. This also means that it seeks to reduce the rate of occurrence but not extinguish unfavorable behavior.

DRL involves encouraging the child to decrease the frequency of a behavior. The behavior itself is not improper, but the frequency at which the child commits to it is unsuitable.

A good example of this kind of differential reinforcement is a child who frequently washes his hands before lunchtime. The parent wants the child to wash his hands, but not repeatedly. Using DRL, the parent would reward the child by rewarding him if he stops washing his hands more than one time.

DRH is a procedure in which reinforcement is given to improve the rate of the expected behavior. This is a behavior that is already in the individual's range but something that one would like to enhance. Here, child behaviors get reinforced only if they are above a set limit.

For Example: Rewarding a child toffees culminating in a trip to the mall if they make their bed all seven days of the week. The behavior is reinforced at a gradual time interval.

In summary, differential reinforcement involves withholding reinforcement for unwanted behavior and providing it only to an appropriate replacement behavior. Research has indicated that it is an effective tool for changing behavior in children in a short amount of time, but its long-term effectiveness has been proven questionable.

Hence, through this article, I hope you are clear about what differential reinforcement means and its types. If you have any suggestions or confusion, feel free to comment below. Thank You!

I. What are the 4 varieties of differential reinforcement?

The 4 different types of differential reinforcement are:

II. What is the purpose of differential reinforcement?