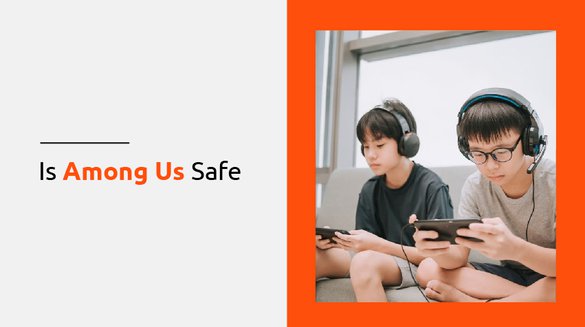 Among Us, probably the most selling and best-played online game that sky-rocketed during Covid-19. Almost half a billion people play Among Us, out of which millions are active players.

“It is reported that in September of 2020, there were approximately 60 million active users on Among Us daily.”

It is popular among both kids and youths. The game is rated as PEGI 7 and suitable for kids above 10. The player encounters violence at a mild level, which is why parents worry if Among Us is safe for kids or not. But, before, let’s get an idea of what is Among Us?

What is Among Us? 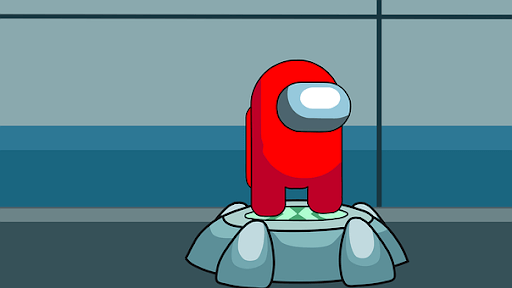 Developed and published by InnerSloth LLC, Among Us is one of the most played multiplayer video games. Basically, there need to be 4 to 10 people to play online. Cremates and Imposters are two categories titled for players.

The game randomly selects Imposters according to customized imposter numbers. Imposters are supposed to interrupt game tasks by killing crewmates. Likewise, crewmates perform tasks on a given duration and, at the same time, reveal imposters after they find a dead body.

The game is all about manipulation and teamwork. The imposter continuously manipulates crewmates for not being imposter while crewmates discuss who killed their mates. Among Us is fun if you play the game with silence throughout, for the players are supposed to complete their tasks and supervise surrounding activities.

Is Among Us Safe For kids?

Rated as PEGI 7, Among Us is claimed to be safe for kids. But, then, there is violence on a certain level for imposter murders crewmates. This is why parents are concerned if Among Us is good for kids, making the topic controversial. Some of the reasons Among Us is considered safe and unsafe are enlisted below.

Among Us is Safe for Kids 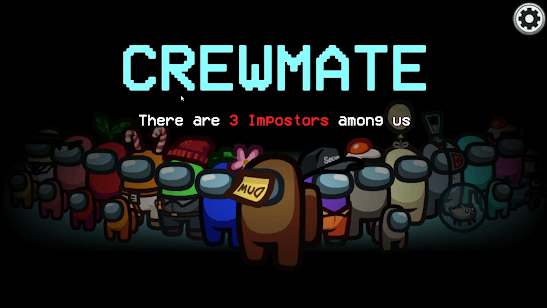 Here are some of the reasons that show Among Us is for kids.

The age verification feature of Among Us makes the game popular among kids, and it is one of the reasons for parents not to stop their kids from playing the game. Whenever you open a game, you’re supposed to enter your age. Based on the age, the game managed populated and pre-populated chat functions accordingly.

Teamwork in Among Us

Among Us, players should work in a team to get a victory and defeat the imposter. Crewmates need to work together with other crewmates to not be killed by imposters when they are alone. They complete tasks together within a certain defined time. Such activities show teamwork, which is good for kids to work together in real life.

Similarly, during finding who the real imposter is, they communicate, share their thoughts, and conclude. This kind of teamwork is beneficial for kids to learn to achieve the defined goal when everyone’s thoughts are considered, and a final decision is made collectively. The scenario is the same for multiple imposters in-game.

Among Us also promotes communication. Communication is established among crewmates where they need to reveal the real imposter. During the period, everyone puts their view on who they are suspicious about. They take a collective decision and vote out imposters.
Besides, when two imposters are in-game, they murder crewmates.

Though they are not likely to communicate in-between games, a passive form of communication is established between imposters, which again is beneficial.

Among Us is not Safe for Kids 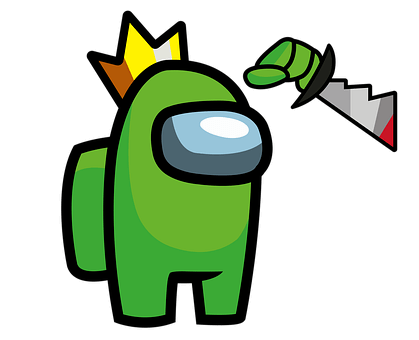 Here are some of the reasons that show Among Us is not Safe for Kids.

The player gets victory on Among Us when they are good at manipulation. For this, they lie to convince people whether the player is either an imposter or crewmate. This may not be good for kids as they might understand lying to be good. They might develop knowledge in real-life regarding manipulation through lies to get stick to their strategy.

Public Feature is not Safe

If your kid plays Among Us turning on public feature mode, it is not safe for them. The feature allows everyone to join the team who plays online. The team interaction may turn violence through offensive words or language. Kids interact with strangers while playing that you need to be concerned about.

Suppose your kid plays Among Us through a public setting, no wonder they meet strangers throughout. They might bully or harass your kids with inappropriate content or words or through in-game chat functions. In-appropriate content and the use of bad language through video games have negative impacts on kids’ mentality for which internet safety should be maintained.

Is There Violence in Among Us?

There is violence in Among Us, but one cannot assert the game to be completely violent and unsafe for kids. Murdering is an important part of the gameplay. Your kids might see a shed of blood during the murder. Imposters use alien tongues and knives to kill crewmates. Analyzing the murdering theme, you might question how it’s safe for kids.

The killing phase lasts for 2-3 seconds which is not harmful. However, your kids won’t see any aggressive murdering behavior or shed blood. Also, the blood and killing method is animated, which is not much danger to consider violent.

What do Parents Need to Know to Make Among Us Safe?

Follow the following instructions to make Among Us safe.

Among Us has an Innersloth Parental Portal feature for online safety where parents can sign up to maintain safety for kids in-game. To enable parental control, you need to provide the same email address you used to allow your kids to play Among Us. The feature allows you to block or lock any content or other features you don’t want your kids to use.

If you have signed up for the Inner Sloth parental control, you are the one to allow permission for any of the game tasks. Along with allowing or denying Among Us ceratin access, you can review the censor option. The censor option limits gameplay with strangers that automatically reduces online gaming harassment or bullying.

The most important feature of Among Us is the type of gameplay where you can manage either through the public or private medium. Since public gameplay is not good for kids, there is a maximum chance to meet strangers who can turn into predators.

Let your kids host the game. If they are a host, the game automatically switches to private, and as per preference, you can share an id password to enter the game. The mode makes your kids add the ones who are their closest friends or relatives. There is no chance for anyone to enter the game when private mode is active.

Among Us has both positive and negative sides. It is safe for kids unless you minimize negativity through public mode gameplay or violence. First of all, go through all the positive and dark sides of Among Us and decide whether to let your kid play Among Us or not. Play Safe, Stay Safe, and follow Internet Safety!