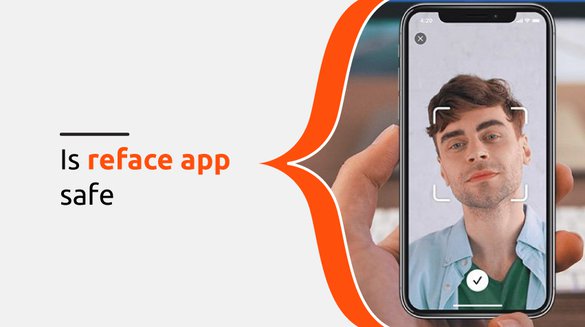 Is Reface App Safe? A Complete Guide to Reface App

If you are active on social media, you may have noticed it. Social media has been flooded with memes and gifs with one's face in them instead of the actual meme. You can replace your face with a celebrity or movie character as a meme by using Reface's new application.

Reface is a deep fake app that has been quite popular for its face swapping and meme features. You need to add your picture by giving access to your gallery. So, is the Reface app safe?

Let's start with what the app is about.

What is the Reface App?

Reface is an app that uses your picture and makes a meme or a gif. This app was formerly known as Doublicat. Using this app, you can replace your face on a pre-existing gif or a meme and post it on your social media.

This app has a feature that lets you swap your photos with videos. The Reface app is the best suit if you want to engage yourself more in social media through entertaining content.

This app uses information gained from your picture to identify facial characteristics and then uses that information to make amazing gifs like placing the heads of celebrities instead of your own. This Russian-owned face app implements facial recognition techniques to locate facial features.

Reface app supports both operating systems, Android and iOS. It is a popular mobile application that is available for free. However, this application provides a premium version that you need to pay for. The pro version offers various images and videos you can edit your image.

For Android users, you can download the Google Play Store application for free. If you are an iOS user, download it from the App Store.

Is the Reface App safe to use?

The Reface app was previously called Doublicat. The other competitor, Faceapp, had many privacy and security issues at that time. People were concerned about the app's licensed images of one's face.

You know that no one reads the license agreement letter you should accept before using any applications.

So is the Reface App safe to use? Does it take the full license of your facial features when you upload it?

No, it doesn't. Reface is a face swapping app that is way safer to use than its competitor. It doesn't use any algorithm to swap the faces. It just needs a selfie-and the rest will be done by its AI.

However, the application will save some of your facial features on the Reface server for a month. Although the data doesn't lead to an individual's exact facial structure, it has some data storage related to the features.

So to conclude, the Reface app is safe to use as it doesn't have any objective of using your facial recognition features and collecting data. Rather, it uses a lot of advertisements in its app to monetize it.

Does the Reface app steal data?

Reface app doesn't give you the threat of stealing all your data. However, it keeps some of your data anonymously and temporarily to improve its usability.

When you upload the image, the image is stored on the server for 24 hours maximum. The image data is not saved after the uploaded image is removed. The app's creator is transparent about what data they tend to collect from their users.

The Reface app doesn't use any facial recognition algorithm, and its security and safety policy is strict and secure. The application operates its face swap feature by using AI. Hence, there's a lesser chance and threat that this app steals your data.

Is Reface App good to use for face swap?

Among all the applications for deepfake, the Reface App is one of the best to use in the present context. It has gained popularity with millions of downloads and many pro-version users.

The Reface app has been rated as one of the most advanced apps as it uses advanced technology and machine learning for the face-swapping feature.

Even though the app saves your data for a month, it doesn't disclose your identity. The saved data from the image is not biometric.

Hence, according to safety and advanced technology, the Reface app is good for face swapping and editing a meme or a gif.

What are the Features of the Reface App?

There are different features of the reface app. It is one of the most popular applications for face swapping in the present context. It is safer than its competitors because of its security policy. Both android users, as well as ios users, can use this face-swapping app. 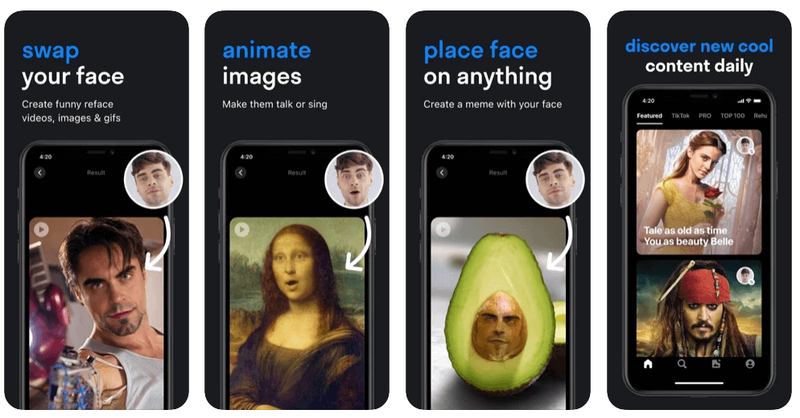 The features of the Reface App are:

Reface App: How do I uninstall it?

If you are still worried about the face-swapping app stealing user data, you can easily remove it. The simple steps that you can follow to uninstall the Reface app are as follows:

The Reface app developed by Ukrainian founders is one of the most used and in-demand applications in the present context. This deep fake face-swapping application is not completely safe, but its privacy policy makes it safer than the others.

The app doesn't save the biometrics of the images. It does not extract the facial feature data using any algorithm. It can save the images' facial features that don't disclose your identity for a maximum of 30 days. The application doesn’t save the user data of the generated content.

When you upload an image for editing, the server saves your images, and it won't get removed for 24 hours. You don't need to worry about your data being stolen by the app.

The application doesn't use any algorithms to detect facial recognition features. It doesn't keep any record of your biometrics.

Talking about the safety of this application, it is secure and safe to use.