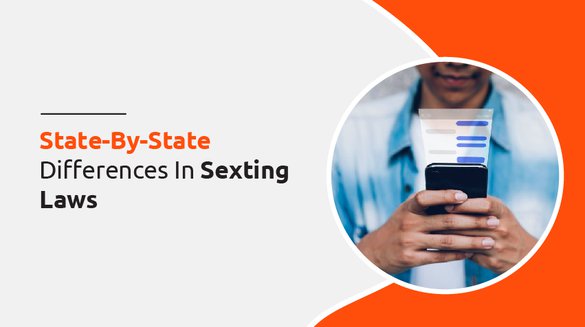 For parents, talking about sexting with their children can be very uncomfortable. Parents would like to believe that their children are immune to sexting, but this is not always the case. Both parents and children need to grasp the ethical and legal implications of sexting.

Teenagers use their smartphones to communicate through social media, texting, and videos. Also, most teenagers use technology to make plans, develop connections, and engage in romantic relationships; they can communicate in real-time and from the comfort of their own homes.

So, what motivates teens to start sexting? Teens mostly do it to impress someone, persuade someone, show interest in someone, or display commitment. Teenagers' growing interest in sex, their desire to do new things, also apps and devices make sexting simple and easy. It combines to create an environment that some teens find fascinating and start sexting.

According to a Statista report, as of November 2016, 25 states had sexting laws. Sexting is more prevalent among teenagers, and according to this survey, 40 percent of teenagers have sent sexually explicit content.

What's The Reason For Sexting?

Despite efforts at education and warning, sexting is regrettably still a common occurrence. With physical separation, teen couple's inherent urge to be intimate with each other will not go away. It's more likely that these impulses will intensify as they stay further away.

Your teenagers may get tempted to meet their cravings in ways that will lead to severe consequences later if they are not carefully guided. Since teenagers are rebellious, parents and adults like you must warn them about what may happen if they do not heed the warning.

While sexting between consenting adults is neither a societal nor a legal offense in most countries, sexting itself is not illegal, but sexting becomes illegal under both state and federal child pornography statutes when kids get involved. But, these laws can be extremely wide.

The government has the authority to prosecute anyone who creates, distributes, receives, or possesses child pornography. For example, any sexually suggestive image of a youngster gets considered child pornography under federal law. As a result, it's prohibited to sext or to own a minor's sext.

Furthermore, sexting is a strict responsibility offense. It means that the government can charge someone even if they reasonably believed an adult sent the content, but a youngster sent it. Even without sexual exploitation, simply possessing something sexual from a minor is enough to get punished.

Some Laws Related To Sexting

It's hard to control information in a technological society where anything is easy to copy, send, upload, and see by millions of viewers. It makes no difference what the goal was, even if a photo got shot and shared as a show of affection.

For example, When explicit images become public, the sender always feels humiliated. Furthermore, it is against the law to send sexual photos to minors, and several jurisdictions have begun prosecuting children for child pornography or felony obscenity.

Pornography's legal status differs from country to country. In the United States, it is legal to buy or access pornographic materials. But, knowingly distributing pornography to minors is unlawful.

If it includes minors in any way, it is illegal to make, receive, or own pornography with the intent to distribute it. You can get more information about federal law in the United States on obscenity on the Department of Justice website.

Suppose someone creates, possesses, or distributes explicit images of a juvenile in a state that hasn't passed a sexting law. In that case, you'll get charged with child pornography or similar felonies like the sexual exploitation of a minor.

If you send explicit photographs to a minor, you will get charged with child pornography. Adults who send and receive such content are not the only ones prosecuted for child pornography; even minors who send explicit or nude photographs can also get charged. While defenses for adolescents up to 19 years of age may exist in certain states, they are not helpful to adults.

Sure, most teenagers believe they can trust their partner not to share the photo with others, but you can never be sure. But teens must understand that once they send an image to someone else, they lose total control over who sees it and where it goes.

Sexting has become more widespread among adolescents, according to a recent study published in JAMA Pediatrics. At least one out of every four teenagers receives sexually explicit texts and emails. The participants range from 12 to 17 years of age, with an average of 15 years old. The following are the findings of their investigation:

A minor (under 18) who engages in sexting gets handled in the juvenile justice system, with a different penalty structure than the adult criminal system. Some of the most typical sexting penalties for minors are:

The penalties are more severe for adults:

What Can Parents Do?

It's easy to assume your child will never involve in sexting someone else, but children are frequently pressured to share sexual messages, photographs, or videos. So having an open talk with your teens can allow them to express any worries they may have. Parental control and monitoring applications can warn you of sexual content, so you can talk about it with your child if they encounter it.

As a parent, you might get tempted to take your child's phone away and punish them right away if you find out they've been sexting. But, this may harm your relationship with your children. It makes them shut down and withhold information from you.

Instead, take the initiative to calmly and thoughtfully examine the matter. It's also a good idea to start the conversation before it's too late and check in to ensure that everything is fine.

Allow your child to ask questions, discuss affirmative consent with them, and assist them in thinking things through. Parents discussing sexting with their children has become crucial for their safety.

Some Tips to Keep Your Teens Safe

Do not wait for an incident involving your child or a child's friend to bring up the subject of sexting's consequences. Discussing sex or dating with teenagers might be awkward, but it's best to have a conversation before something bad happens. Please remind your children that they lose control of who might see the image once an image gets sent?

There can be pressure from partners to provide revealing images. Let teens know you understand how they can get pressured or persuaded to send a message. Make them realize that the potential social disgrace can be hundreds of times greater than the social pressure. Inquire children how they would feel if their teachers, parents, or the entire school saw the photo, as this happens all the time.

What To Do If a Teen Receives a Sext?

Teach your children that the responsibility for their actions lies with themselves. If they receive a photo, they should delete it right away. Being a part of the solution is preferable to being a part of the issue.

Be open and truthful.

Talk to your youngster as openly and honestly as you can. Please make an effort to figure out why they sent the photos. Find out that your teens are aware of the potential implications and make it clear that your top goal as a parent is to keep them safe.

The Cyberbullying Research Center has aggregated most states' sexting-related laws. Given below are the links to all the state laws:

Sexting can get more complicated than you might think because of all the laws and penalties involved, but it doesn't have to be as complicated as you see. All you have to do is have open and honest discussions with your children about the dangers of online and cyber safety and explain the consequences of sexting to your child.

Encourage the child to ask questions and teach them about affirmative consent. Help them think things through on their own to prevent them from falling into the bottomless pit of sexting. Parents should prepare to report more serious events to law authorities if their child is being blackmailed or exploited online.

What if both Consented?

Both parties' consent can be used as a defense against sending or receiving sexts, but only when two adults get involved. Minors are unable to provide consent, and the involved party is subject to statutory rape laws.

Is there an alternative to sexting?

Give your child age-appropriate options that don't involve sending or receiving explicit photographs. They could, for example, send an image but not extreme ones, and instead of sending a video, they might send an audio message. All this may be unpleasant to your senses, but such new solutions can at least partially achieve the desired result.