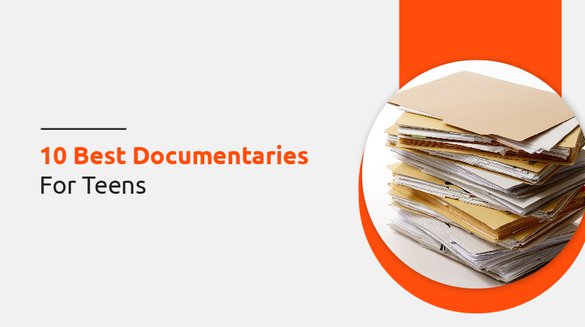 What do your kids and teens do the most during summer? You may agree your kids spend most of their summer watching movies and series on their digital devices. Many tweens and teens agree that they watch at least one movie or series episode every day during their summer breaks.

Also, many parents even try to organize movie nights as family activities during weekends to spend quality time with their kids. 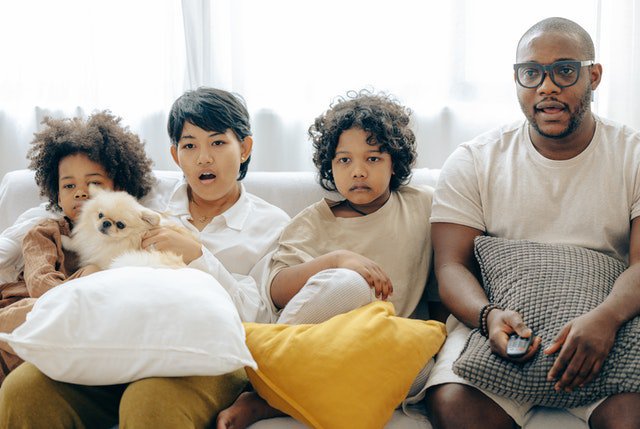 Documentaries usually show different perspectives of life, which will help you to understand different aspects of life. It inspires your kids as well as you to do better in life. Documentaries also have educational values, which will provide a learning experience for kids and helps to utilize their screen time.

Blackfish is the story of a whale named Tilikum, which was mistreated at SeaWorld. This documentary shows some upsetting footage of people getting attacked by the killer whale. It shows you about animal rights and how animals feel when they are being treated like a clown.

The main target of this documentary is the sea world and the consequences of human control of nature. It also shows how whales feel when separated from their young ones and how they are treated at the water park.

Won't You Be My Neighbor?

Won't You Be My Neighbor is a movie that was released on January 19, 2018? The movie is of 93 minutes and is available in the English language. This is an American documentary that shows the philosophy and life of Fred Rogers. In this documentary, you can see Fred Rogers's legacy and his ideas.

They Shall Not Grow Old

The Dream Is Now

If your kids love emotional movies, then they will surely love The Dream Is Now Documentary. In this documentary, people have shared their personal stories, mostly about undocumented U.S residents. One of the stories in this documentary also shows a teen suicide case.

The Mask You Live In

The Mask You Live In documentary follows the emotions of boys and encourages it's ok for boys to express their emotions. This documentary for teens shows the importance of expressing emotion despite what your gender is. It shows your child's character, likes, and dislike preference should not be based on their gender.

This documentary was released on January 5, 2015, in the USA in the English language. It is of 97 minutes long.

Science Fair is a documentary to watch if your kids are into science and technology. This documentary shows competition among nine high schools from all over the World. It basically shows the science face-off between high students. This documentary inspires your kids to be interested in science.

Science Fair shows science lover students who have different characters like some are nerds, slick presenters, while some semi-popular students. This documentary looks like some international competition where you can find students of different nationalities. It shows emotional and inspirational stories behind all the participants. This movie was released on January 20, 2018, at Sundance Film Festival and is of 91 minutes long. Science Fair is available on Disney+ and Amazon Prime.

Stuff You Missed In History Class

Stuff You Missed In History Class is not exactly a documentary but a podcast that provides you with information regarding history that you cannot find in your child's textbook. If your child is into history, then this is the podcast that you can encourage your kids to listen to. This podcast provides you detailed information regarding the historical subject.

This podcast has much new content so history lovers kids can have enough content. You can find history from every field in Stuff You Missed In History Class podcast. The podcast is usually of 30-40 minutes. Once your kids play the podcast, they need to pay full attention. The best thing about Stuff You Missed In History Class is it provides many resources for kids who want to know more about the subject matter they are listening to. You can find this podcast on iheart.com.

The documentary has also shown two younger who committed suicide due to the consequences of bullying. The story of the students in this documentary is from Texas, Oklahoma, Georgia, Mississippi, and Iowa. Bully teaches your kids about the consequences of bullying people and not being open about speaking against bullies. It was released on April 23, 2011, at Tribeca Film Festival. The documentary is of 99 minutes and is available in the English language only. It is available on Netflix and Amazon Prime.

The next documentary for kids and teens that we have is Chasing Ice. Chasing Ice is a documentary based on Global warming. This documentary shows how climate change has been increasing at an alarming rate and how it has affected the environment.

This documentary is based on the experience of the environmental photographer who captured the seasonal change of glaciers over many years. The photographer recorded the climate change of the Arctic over multiple years. Chasing Ice was released on January 23, 2012, at Sundance Film Festival. This documentary is of 75 minutes long and is available in the English language.

The Bad Kids is a documentary is the story of students of Black Rock Continuation High School, which is a school for at-risk students. This documentary shows how the principal has been supporting young teens who are facing family problems. Most of the students of this school are facing poverty problems, parents who are drug abusers, homeless, and so on.

This documentary show difficulty of motivating students who have faced many problems in their life. You can see the level of care that you need to motivate such students. This documentary is of 101 minutes long and is available in the English language. The Bad Kids is available on Amazon Prime.

Usually, during summertime, children's screen time is more than the regular day. Many parents even set screen time rules during summer to manage their screen time. Even when you allow your kids some extreme screen time, make sure they learn something from it. This is the reason for you to encourage your kids to watch documentaries during their summer break.