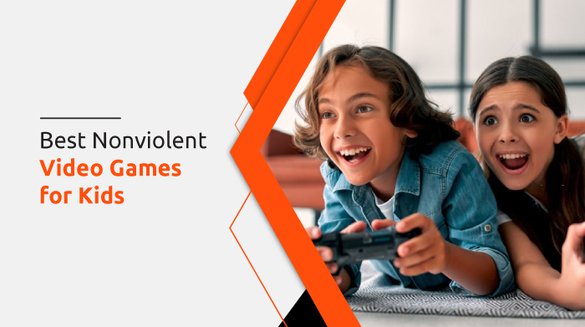 There are no kids who have never played video games. Video games are played for entertainment, but this popular activity among kids doesn't need to be violent. Do you know there are enough nonviolent video games that are safe and kid-friendly?

"Researchers have noted that approximately 90% of kids play video games. Among them, 80% of popular video games contain violence."

In the US and Canada, video games are regulated by the Entertainment Software Rating Board based on which content of games on violence and nonviolence is defined.

Violent games include Call of Duty, PUGB, and Fortnite. Compared to nonviolent games, these inappropriate violent games are themed around killing and destroying, which makes kids aggressive and violent by nature. 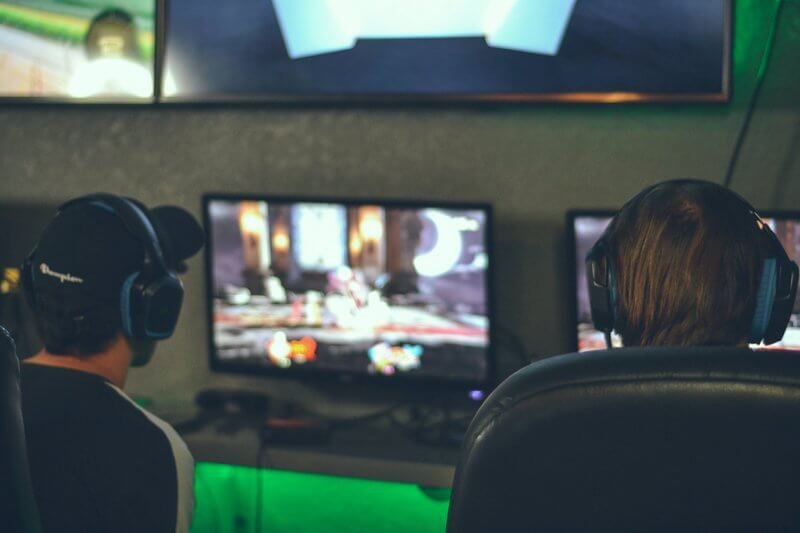 Video games are good for kids unless they are nonviolent. Some of the benefits of nonviolent games are listed below.

Video games are all about showing creativity and using skills to complete a certain task or get a victory. Nonviolent video games make kids creative and enhance their logical and reasoning power. The ability to reason, making quick decisions, and solving issues improve better functioning of the brain.

A player monitors their screen to play video games. The task in games is completed by tapping different buttons consecutively at the same time. Kids who play nonviolent video games can click multiple buttons, see pop-ups, and control in-game characters. Such activities in video games make it feasible for kids to multitask in real-time.

Though technology can affect kids' social skills, the most engaging platform for them to learn life skills is video games. Games are something that none of the kids deny playing. Considered as a fun medium, nonviolent games let kids be acknowledged with life skills. The motive of a task to be completed in games, they learn to be focused with stated objectives. They learn about coordination and collaboration required as a team when they work in the practical world.

It's not bad to spend less than an hour per day playing video games. You don't need to completely restrict video games for your kids. Let them enjoy games for mental stability but make sure they are used to nonviolent games. Here are some of the nonviolent video games that are kid-friendly.

Manifold Garden is a video game where a player solves a puzzle to create 3D objects. The game is about making a structure, exploring space, and balancing the objects irrespective of gravity. The nonviolent game is suitable for kids as it gives concepts regarding physics, mathematics, and nature.

The game helps kids in the functioning of the human brain as they need to solve puzzles to learn the basics of infinity. It lets them understand the existence of the world through 90-degree perception. The solved puzzles connect players to space through which kids can get ideas about rotation, gravitational elements, freefall, velocity, and momentum.

Manifold Garden is good for maintaining coordination between mind and eyes. The game makes a kid challenging through proper use of the brain to solve puzzles. They will know about physics with contrasting colored blocks to form structure, rotation, and other mechanics.

Grow Home is an adventurous video game specially designed for kids. The game is played with a mission to give life to a planet. The game is controlled through the in-game robot named 'BUD'. Kids need to control the avatar to bring a planet into life.

In the game Grow Home, a player interacts with building elements of a living world such as caves, waterfalls, plants, islands, etc. Putting all things together lets kids use their ability to explore nature. A homely planet is built by harvesting seeds, guiding and connecting beanstalks to other planets, and following the adventurous beanstalk path to move towards your planet.

The game helps kids know about the necessity of nurturing and caring for the environment to oxygenate the living planet. They teach them about different types of wildlife and local plants. Therefore, Grow Home is a kid-friendly nonviolent video game.

Another simulation nonviolent video game favorable for kids to play is Animal Crossing. The game is popular among kids as they get a chance to customize in-game islands using their creativity, modification, and decorating style. The game is played by interacting with village animals and collecting coins to upgrade the island.

The use of colorful villages and cute animals in the game helps kids learn about contrasting colors and types of animals. They need to upgrade their house to level up for which debt is needed. To upgrade the island, they need to catch fish, dig fossils, and sell bugs. Such activities teach kids to work hard to achieve something in life.

Further, by playing Animal Crossing, kids get the ideas about hard work and challenges required to live a life. They will understand the problems likely to come through financial, mental, and emotional instability and the ways to discard problems. The game teaches kids to know the importance of socialization for living.

The video game Mario Kart is a safe nonviolent video game introduced for kids. The game is all about racing, where the character takes part in a race and gets a placement. Based on the placement, points are earned, and the upcoming path is unlocked.

Mario Kart is cheery for kids. The colorful animation enhances better visual power among kids. Remotely controlling Mario from the screen and racing over the track flourishes ideas about shortcuts and slides while moving in a track. Similarly, the game is fun as it can interact with families with a maximum of four players.

Mario Kart helps kids master shortcuts and get ideas about the drifting systems, better navigation on the track, and boost power. Other than creativity, kids can also extend their virtual connection. The online nonviolent video games support 12 online players with whom communication is established to do racing.

Another kid-friendly nonviolent video game for kids is Slime Rancher. The mission of the game is to collect slime and store it. The slimes are collected through 'Vackpack', are fed, stored in pens, and the player needs to sell their poops to which the gaming name 'plorts' is provided.

Slime Rancher improves visual power among kids with colorful graphics and slimes to be collected. The simulation video game allows them to explore their world to collect slimes. To feed slimes, a player needs to harvest and grow 'Chickadoos' fed to the slimes.

A kid interacts with various objects, including cliffs, landscapes, animals, plants, the effects of day and night, and weather conditions required for growing crops. In short, Slime Rancher teaches kids about nature and its elements. The game makes kids aware of changes in their surroundings and takes a quick decision on discarding problems.

Manifold Garden, Grow Home, Animal Crossing, Mario Kart, and Slime Rancher are the nonviolent video games under my recommendation. These games don't make your kids addicted, frustrated, and aggressive to complete a mission. Go through the kid-friendly nonviolent video games and let us know if the information was helpful through comments.