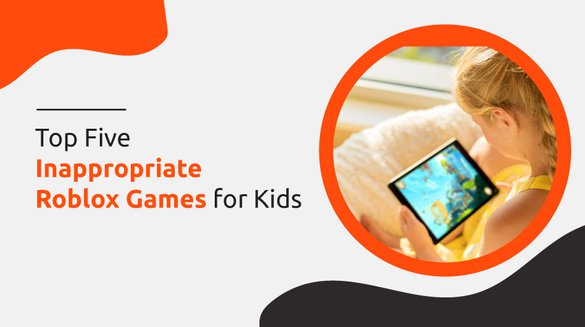 As per a report, there are more than 100 million active users on Roblox gaming site with over 20 million games.

Even though many people might not have heard about Roblox, it is one of gamers' most popular online gaming platforms. The hype of this gaming site skyrocketed in 2020. So what exactly is Roblox?

Roblox is a gaming site where users can play games of their choice. The most exciting thing about Roblox is that it is not only about playing games; you can create your games and allow other players to play the game. You can also make money from Roblox from the Developer Exchange program if you're a developer.

Kids from all over the world can play games available in Roblox. You can play games on this site through your digital devices like laptops, mobile phones, or tablets.Your kids can even add their fellow players as their friends and chat with them through Roblox. Make sure to turn-off safe chats in Roblox.

Why is Roblox Popularity Increasing?

Even though Roblox doesn't do much marketing, it has gained popularity by inviting people. In this platform, users invite their friends to play games with them, and this is how users in Roblox are increasing.

In addition, Roblox also gained popularity through YouTube live streaming, apart from play invitations. Many players live stream on YouTube while they are playing games on Roblox. Also, since lockdown, kids have no other option than to play games. As a result, by 2020, the hype of Roblox will have increased.

Is Roblox Safe for Children?

Likewise, Roblox is not just for playing games; it allows players to communicate and make friends. Many scammers and online predators are using this site as a platform to find their victims. Scammers can trick your kids by offering gaming products at extremely cheap prices.

Or they can even steal your child's data and misuse them. Therefore, Roblox is not safe for children. Even if your kids insist on playing the game, teach them about online gaming risks and teach them how to deal with online predators.

Here are the top 5 Inappropriate Roblox games which you should restrict your kids from playing:

Boys and Girls Dance Club, is one of the popular games in Roblox Games. Even though the game seems only to make your character dance, it contains the most inappropriate content. 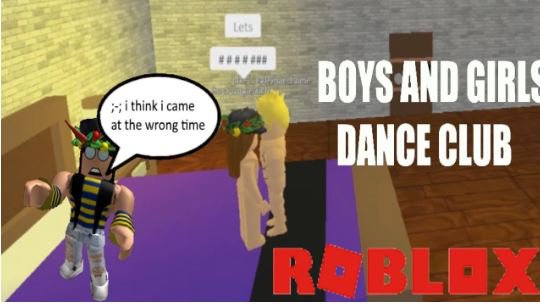 Thus, if your child gets addicted to this game, it spoils their mind, and your child might start to think about the game and the moves all the time. Hence, it would help if you restrict your kids from playing in the Boys and Girls Dance Club.

The next inappropriate Roblox games for kids is Shedletsky's Dirty Place. Even though this game was designed for pre-teens, it contains lots of adult content which can hamper your child's mental health. In other words, we can say this game is filled with adult content and uses foul language. 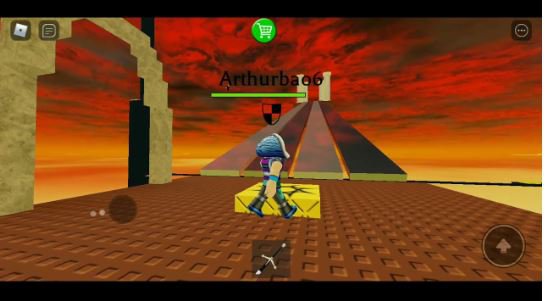 Moreover, once your kids join the game, they can have a nightmare viewing all the stuff in the game. Kids can get affected mentally when they play the game for a long time. Moreover,they can connect with random strangers and play together. Strangers can be any sexual predators just looking for the victims.

Survive the Killers is a game that contains extreme levels of violence. This game includes lots of deadly weapons like guns, knives, etc. There are six modes available in this game: Classic, Extreme, Killer, Endless Survival, Area 51 Assault, House of Dead Mode. 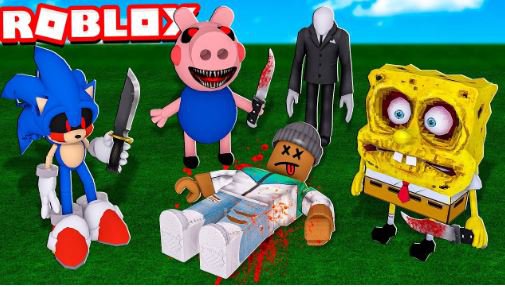 All you need to do is kill as soon as possible in this game. You will get three lives and should be able to escape the map. Players in these games must kill their fellow charter either by knives or using guns. Children playing this game can feel extremely violent and forget love and mercy.

Further, all the violence shown in this game is not appropriate for kids below 13 years. Moreover, the game also has some serial killers who can severely kill your game charter. During the gaming experience, your child can get anxious and try their best to save their lives in the dark.

The Obby Games is also popularly known as Obstacles courses. This game contains interlinked pages where your child moves from one page to another as soon as they complete the game on one page. Without conducting a task on one page, your kids cannot perform a task on another page.

What excites kids most about this game is they get unique tasks on each page. You can find different modes of these games, some of which are classic, clickbait, story-based, escape, tiered, complex charts, and so on. 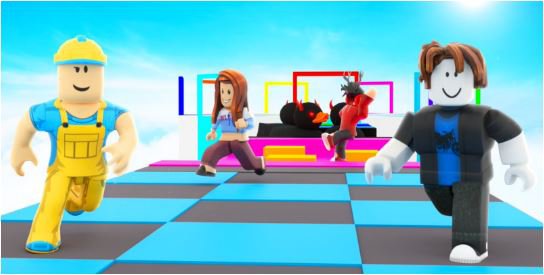 Even though the game sounds completely safe, as your kid plays and goes to a higher level, they have to face highly freighting toys and charters. They have to play with these toys and characters, which can frighten your kids and mentally disturb them.

Also, kids might not sleep at night, causing a lack of sleep. Apart from that, the game also contains lots of scams with fake advertisements and clickbait.

Shower Simulator is a Roblox game where all the characters shower together in a large shower wearing swimsuits. The swimsuits they wear are entirely inappropriate, and the game contains lots of dirty talk. Children below 18 should be kept away from Shower Simulator.

Your kids can choose multiplayer and start to play with strangers. Many sexual predators play this game to find new victims. Therefore, you should keep your kids away from this game.

Here are a few of the reasons why you need to restrict inappropriate Roblox games for kids.

Once your child plays online games or any video games, there is no stopping back. They can play their game all day and night if you do not stop them. You may have seen tweens and teens playing games all night and waking up with big dark circles.

Dark circles might be a minor issue if your kids are sleep-deprived. Children can face other major health problems like depression, obesity, cardiac issues when sleep-deprived for a long time.

For instance, when your kids are on the bed and remember all the horror characters in the game, they might not be able to sleep.

As I mentioned above, many horror games and adult games can also be significant factors causing a lack of sleep among children.

The primary focus of children should be on their studies, but if they are engaged in gaming, most of their focus starts to be games. They make gaming their priority over their studies. Even when they are at school, they play their video games or talk about the fun with their peers.

Besides that, your child might start to develop many excuses to skip school and be at home to play games. They begin to find their study books boring and spend less time studying. Hence, playing such online games will reduce concentration from studies among students.

Since Roblox has lots of violent and horror games that can easily make your child aggressive, being obsessed with these games will make your child's brain violent, and they start to have aggressive behavior.

For instance, if your kid is hugely into playing Survive the Killer, they may start to forget about having mercy on people, and all they will be thinking about is how to kill killers. Constantly thinking about these things can have severe consequences in real life.

As you know, Roblox games have lots of adult games that are not appropriate for kids. Kids playing such adult games may start to have hypersexualized behavior. Your kids might get curious about sex and involve themselves in such activities very early, which is extremely dangerous.

These games also show abuse, among which children might learn. For instance, if a game shows rape and murder of a woman, teen boys might start to do it in their real-life thinking it's fun.

Children will think about their game all-time, either while having their food, going to bed, or doing other activities. Thinking about games all the time will affect their behavior. Gamers can relate everything with their game which reduces their focus and productivity.

Your kids can imagine their game charter in real life. For instance, if your kids play Survive the Killers, they may start to think the killers are coming to live in their real life.

Summing up, there are lots of inappropriate Roblox games for kids which affect kids both mentally and physically. Also, this gaming site contains many online predators and scammers who are there to steal data and harm people.