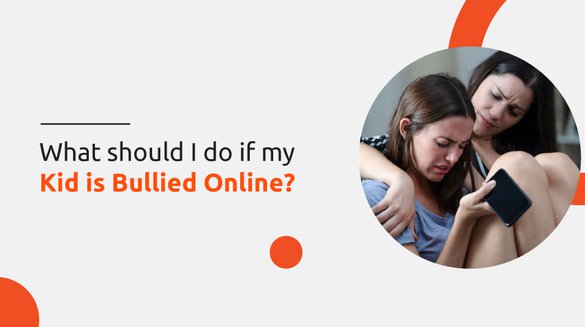 What should I do if my Kid is Bullied Online?

Bullying traditionally was most prevalent in schools. However, with the rise of digital platforms, there has also been a rise in bullying online. Bullying refers to harm or intimidates someone vulnerable. It is a term often associated not just with school or children but in every field.

The growth of the use of the internet and the popularity of social media have brought bullying into digital platforms. This has caused the birth of a new form of bullying, which is cyberbullying.

Cyberbullying is a growing problem for all countries around the world. It has since been studied, and countries have taken actions to punish such activities.

Despite imposing new laws, the number of cases of cyberbullying is not stopping, but in fact, it is increasing. It also shows that children and teens are the ones who are getting bullied the most. 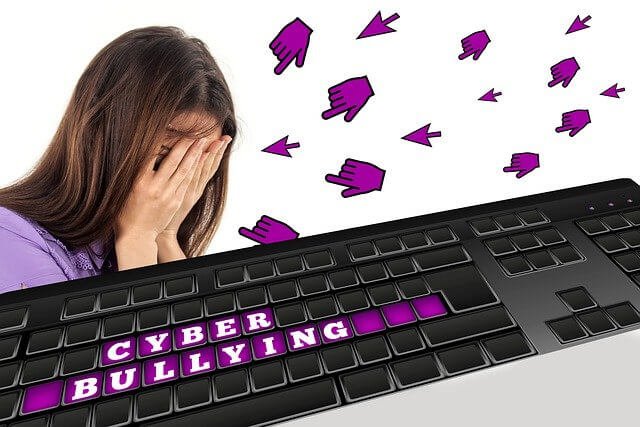 Cyberbullying or online bullying is bullying caused through an electronic or digital medium. It can occur in the digital device through text messages, applications, social media channels, online forums, and gaming platforms.

Cyberbullying is often done with wrongful intentions. They are done to cause harm to others, whether intentional or unintentional.

There are many digital media where cyberbullying occurs. Some of them are Snapchat, Instagram, Facebook ask.FM, TikTok, etc. Likewise, tweens and teens can also face online bullying on messaging apps like Whatsapp, Viber, Facebook Messenger, etc. Aside from that, online bullying can also be seen on online forums and gaming communities.

According to a study conducted by Ditch the Label, 7 in 10 children have experienced cyberbullying before 18. Another study by Do Something Organization shows that teenage girls between the age of 12-17 are more prone to cyberbullying. It shows that 15% of girls of the age group are bullied online.

Some statistics also show that the trend of online bullying is also increasing. For example, from the ten years from 2007 to 2016, the percentage of teens experiencing cyberbullying has remained at 32%.

But the 2019 statistics showed that there was an increase of 11% in cyberbullying. The study reported that in the year 2019, the percentage had increased to be 43%. These reports show the rise in cyberbullying among teenagers.

Signs of Your Kids Being Victim of Cyberbullying

Children feel scared or ashamed to consult their problems with their parents. As a result, some kids are unaware that they are being the victim of cyberbullying.

According to a survey by NCPC.org, 70% of teenagers don’t seek help when confronted with being bullied online. Instead, they choose to act on these problems themselves. Unfortunately, this may cause even more problems for them in the future.

It proves that teens are even less likely to seek the help of their parents. Children are ashamed to report their experiences and think it is their fault. They may be scared that their parents might punish them for it. Teens also do not report cases of online bullying because they think they are adults.

So in these cases, the parent must recognize the warning. You need to pay attention to the following warning signs of cyberbullying:

Effects of Cyberbullying on Children

Things That You Should When Your Kids are Bullied Online

Listen To Your Kids and Trust Them

In this busy life, you may not have enough time to communicate with your children. As a result, your kids can feel that you are always busy and you do not have time for them to listen to their problems. Due to this reason, children try to hide their problems with you even if it is big problems like cyberbullying.

Also, when your kids are sharing with you their bullying stories, try not to freak out. Instead, stay calm and try to find out the solution to deal with cyberbullying.

Hence, to help your kids deal with bullies, first of all, stop blaming your kids. Second, you need to be supportive parents; try to know when they started to become victims of bullies. Third, ensure your kids that it is not their fault for being bullied online. Finally, you should help your kids overcome their problems.

Teach Your Kids Not To Respond

When kids are being bullied online, one mistake they doo is responding to the bullies. The more you give your reaction to them, they bully more. Sometimes the main aim of bullies is to take out your reaction and enjoy it. So, the best option for your kids is not to give any reaction to bullies.

You should ask your kids to save all the hurtful and harmful messages their bullies have sent them. The reason for saving such messages is to use them as proof whenever they need. Please do not give them the suggestion of deleting those messages as by deleting the messages, you will have no evidence with you when you need them.

One of the best solutions you can give your kids is to stay ways from their digital devices and social media for a while. By doing this, it becomes easier for your kids to forget about their bullies. Even no matter how many times bullies try to contact your kids, they will back off automatically when they do not get any response.

Similarly, it works as a social media detox when kids do not use their social media for a specific time. For example, since by being bullied, kids can get affected mentally, so by stopping using digital devices for a while, children will not have to view hurtful messages over and over again, helping to forget about bullies.

Allow To Use Digital Device in Specific Area of Home

Teens can be highly rebellious; even when you ask your teen not to respond to bullies, they can respond to them in your absence. They can react the way bullies want them to react.

Thereby, to know what your kids are doing on their devices, they respond to bullies or not, you should set rules for using devices from a specific area of your home. It would help if you kept devices in such a place to keep an eye on their device usage.

Talk With Their Teachers

When you do not tell the school’s administrator about the problem, the problem continues to rise, making children feel unwilling to go to school. This can result in a reduction in the academic performance of your children. In addition, the school can use its bully policies to save other children from being victims of bullies.

Take The Help of Police If the Bullying Continues

If your kids are bullied to an extreme level, you should not keep quiet and try to solve the problem by yourself. Instead, you must take the help of the police and take some legal action.

To take legal action, it is necessary for you no to delete messages as they can work as evidence. To keep your evidence safe, you can even print them and give them to the police officer when they need it.

The internet has made bullies easier to target people of any age group and from any country. Due to which the number of cases of cyberbullying is increasing. Anyone can be the victim of cyberbullying, no matter what profession you are in and your age.

Cyberbullies mainly target small kids and teens because they know teens can give them the reaction they want to get. Also, the consequences of bullying among children and teens can be affected both long term and short term.

Thus, you need to helps your kids whenever they are being bullied online. Here I have mentioned some essential things you can do when your kids face the cyberbullying problem. If you have some more solutions, please feel free to mention them in the comment section below.