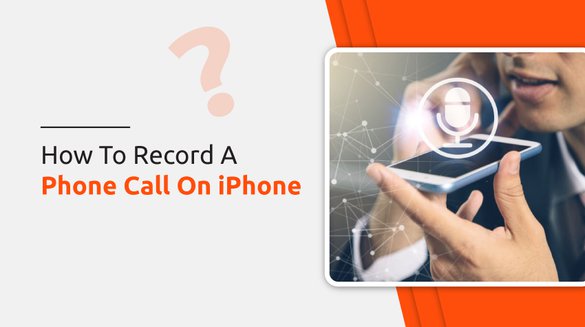 Do you want to learn how to record a phone call on iPhone? Then you have come to the proper place. Here you'll learn everything you need to know about recording a phone call on an iPhone.

Learning how to record a phone conversation on iPhone can be useful in many situations; for instance, if you want to keep a record of your conversation with a loved one or an interview you want to remember things from or when you need proof of something. 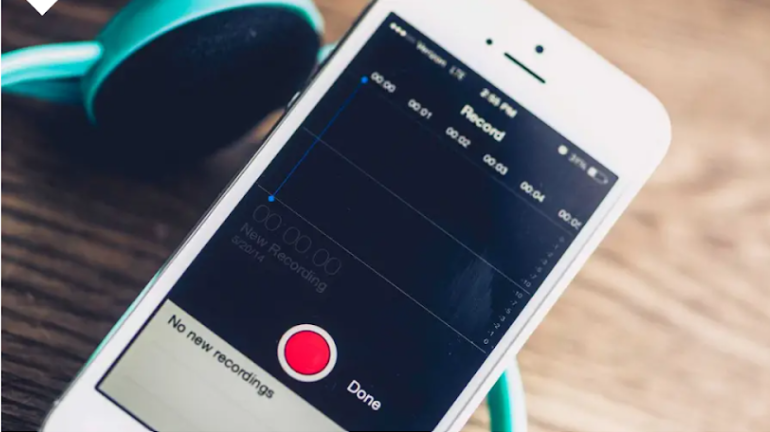 But, Apple doesn't make it easy to allow recording conversations because of its privacy concerns. iPhone doesn't allow you to record calls through the built-in microphone while that specific iPhone is engaged with a call.

However, remember that it could be troublesome and could lead to legal consequences if you are recording someone's calls secretly.

Recording phone calls on an iPhone is a great skill that can help you learn iPhone hacks such as “How to see someone's location on an iPhone” and “How To Track Someone on iPhone” more easily.

Still, there are plenty of options for recording a conversation from an iPhone, though you'll need to choose carefully based on what you have access to and what you like to record.

In this article, you'll learn "How to record a phone call on iPhone" with different methods. Let's get started.

How To Record A Phone Call On iPhone

Following are the 4 ways to record a phone call on an iPhone.

1.Record A Phone Call on an iPhone Using Audacity

It is the easiest and quickest method to record a call on your iPhone for free. You'll require another device such as iPhone, iPad, or portable recording device with a microphone that can record audio.

Follow the given steps to use this way to record a phone call on iPhone. 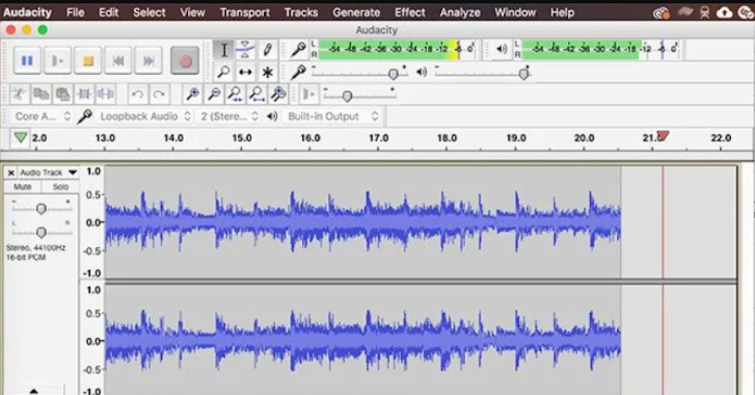 Step 1: Call your device contact and tap on the Speaker icon. Also, notify the other contact that you'll be recording the phone call on your iPhone.

Step 2: After a green signal from the other device, place your iPhone near the recording device's microphone. Remember to stay as near as possible if you want your audio also to be recorded.

Step 3: Then, end the call after you are finished.

Step 4: Finally, save the call recording.

This is how to record a phone call on iPhone. Alternatively, you can record the call using Apple's Voice Memos app on a separate iOS device.

Google Voice is a free calling facility that is available in Canada and the USA. It provides the users with a free voicemail inbox, phone number, and the feature to make domestic and international calls free.

Google Voice also allows you to record incoming phone calls, not the calls you make.

Here is how to use Google Voice to record phone conversations on an iPhone. 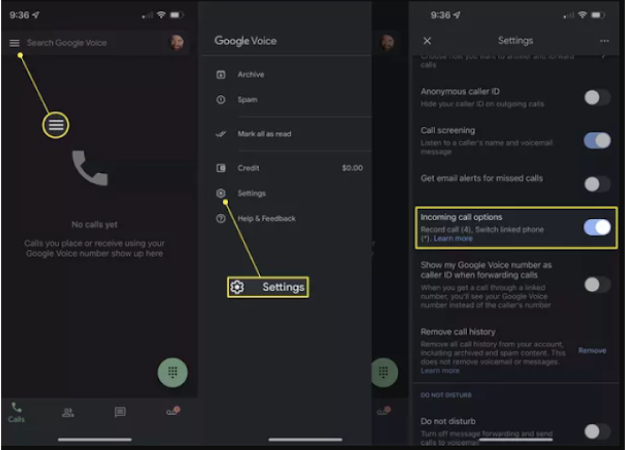 Step 1: Download the Google Voice app and set it up to make and receive calls.

Step 2: Tap on the screen's three-line icon in the top left corner.

Step 3: Tap Settings and change the incoming call option to on.

Step 4: Now, receive the call you want to record and tap 4 to start recording and again 4 to stop the recording.

Step 5: All your call recordings are stored in the voicemail tab in the Google Voice app.

3. Record a phone call on your iPhone using your Voicemail

Have you already installed Voicemail on your iPhone? You can use this method to record iPhone calls to your voicemails. But this method depends largely on your cell phone service carrier for functionality.

Follow the steps to record a phone call on an iPhone using Voicemail. 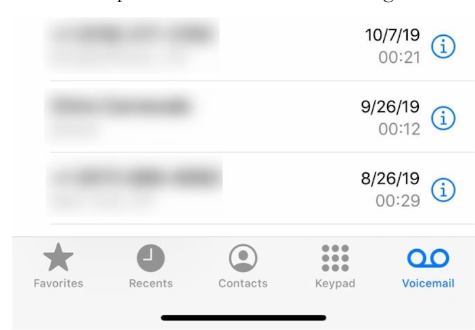 Step 1: Call the contact you want to record and ask for their approval to record it and ask them to hold the call.

Step 2: On your iPhone, tap Add call to start a three-way conversation.

Step 3: Then call your own phone number and tap merge calls to start the conference.

Step 4: Finally, end the call; your conversation will be recorded as a message that you can find in the voicemail box.

You can use a third-party app called Rev Call Recorder, which is a good option to record a phone call on an iPhone, and it is easily available to download on the App Store.

After you download the app, you'll be required to confirm your phone number and enter the code to activate this service.

Once it is set up, tap on start recorded calls and select incoming or outgoing calls. For outgoing calls, you will need to call the rev call recorder service and then call the person you want to record your conversation with. After connecting both calls, tap the Merge Calls button to begin recording. 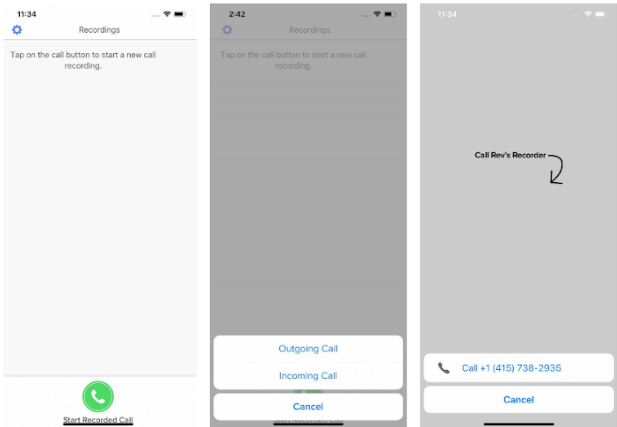 Incoming calls follow a little different but equally straightforward process. Rev Call Recorder will notify you when your recorded call is prepared to download once the call is finished. At this point, paid transcription services will be available as an alternative.

Unlike many additional call recording services, Rev Call Recorder enables the person you're talking with to witness your phone number rather than an unknown number.

However, because your calls are stored on the servers of another organization, you should probably bypass using this service for confidential or sensitive situations.

Apple is adamant about not allowing third-party apps to access the microphone during a phone call. As a result, most apps that will enable you to record a phone call must utilize creative ways to get past this restriction.

Thus, you can learn how to record a phone call on iPhone through the above-mentioned ways.

But remember that every cell provider and iOS device functions differently, so you may need to try out a few recording strategies until you discover which suits you. To operate lawfully, you should always inform the other party that you're recording them.

I. Is it illegal to record phone calls?

Yes, recording someone's phone calls without their permission are illegal, and at least one party should have consented to allow the recording of the call. Otherwise, it can be illustrated as eavesdropping, which is outlawed.

II. Are there any apps to record calls on iPhone?

Yes, you can record iPhone calls using a variety of programs. People also utilize Google Voice, TapeACall, and Otter in addition to the method stated above using the Voice Memos app.

Alternatively, you can record phone calls using most computers and a microphone if the phone is on speaker if the microphone is held close to the speaker next to your ear. Numerous audio recording software alternatives are available for both iOS and Windows systems.