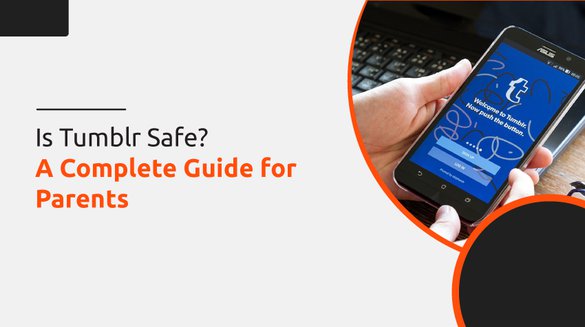 Is Tumblr Safe | A Complete Guide for Parents

It is safe to say that this is the era of social media. There is probably no one who is not into social media. Its platforms have provided a new way to communicate with people from all over the world.

You must have heard about Tumblr from your tweens and teens. But do you know what Tumblr is or what you can do on Tumblr? Is Tumblr safe for kids? 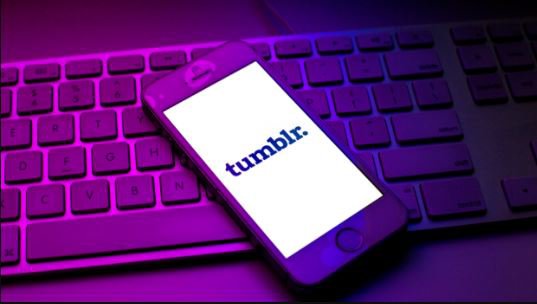 Tumblr was initially started in 2007 by David Karp and is now owned by an Automattic company. Its hype increased from the mid-2010s, and it was popular mainly among teenagers.

After blocking all the adults’ contents in 2018, it had some controversies, but by 2021, it has got even more unique visitors worldwide. Since there are more than 475 million blogs on Tumblr now, you must wonder what Tumblr is.

Since Tumblr works like blogging websites, therefore, it is also recognized as “microblogging.” You can either post your original content on social media or repost the blog, also known as reblogging.

Tumblr users can posts creative and inspiring post that helps to inspire other users of this social media. It allows you to follow people who have similar interests as yours and even learn from them. You can even communicate with people on Tumblr by sending text messages.

It is a great platform to discover new contents or latest trend that is happening around. Also, this site allows users to create accounts without revealing their identities. Read further to know more about Tumblr and decide is Tumblr safe for kids or not.

How is Tumblr Different From Other Social Media

Despite having similarities with Instagram and Pinterest, Tumblr is quite different in connecting with your audience. On Instagram, you mostly post pictures of your own, and there is no particular theme for posting pictures.

On Facebook, you need to add people as friends to communicate and view their posts, while on this social media site, all you have to do is follow the account you find interesting. While on Facebook, you tend to be friends with anyone you know in your personal life or with random strangers and know more about them.

But, latter you connect only with people who have a common interest as yours. Talking about the newsfeed of Tumblr, it looks similar to Twitter. But when it comes to making posts, there is no word limit like you get on Twitter.

Who Can Use Tumblr?

There are no extra procedures for validating your age, and this is where Tumblr fails. You can create your account just by adding your email address, username, and date of birth.

Is Tumblr Popular Among Teens?

Tumblr is popular among teens in comparison to people of other age groups. Among the total users, 45% of users are under 35 years old. You can find more people on Tumblr than on Facebook. In Tumblr, you can find more teens girls than teen boys.

As per a report made by seventeen statistic makers, 65% of the audience of this social media site are college students.

Your teens can find people share similar interest as them, which is also one reason for them joining Tumblr. It’s where you can share your knowledge with one other. It has the potential to introduce your teen to creative ideas.

It is one of the best places for creative kids to share their ideas and creativity. In Tumblr, your teen does not need to share their daily activities; they can share any contents they want without exposing their details.

Is Tumblr Safe for Kids?

There is the positive and negative side of everything so does Tumblr, as you are well aware that social media is never safe for your kids. This is because they get exposed to many contents without your consent.

The main reason teens love Tumblr is that they do not have to know people they follow in real life. However, this also has been a matter of concern for parents as they want safety for their teens.

Since it is a platform where anything that your teen post is visible to anyone who searches for it, parents are worried about their children’s privacy. Also, if your teens’ blog page is popular in the app, people will get curious about your teens’ personal life.

Once your teen gets used to using this social site can be pretty addictive. From this aspect, you can assume that it is much like other social sites.

However, one positive side of the app is, it banned inappropriate content in 2018. Aside from that, you can rate your content on Tumblr.

Measures That Parents Can Take To Protect Your Child on Tumblr

Teach Them Some Basic Rules

Once you get used to Tumblr, it is an addictive social media. Your teen might not be able to get off social media once they are hooked on it. They can spend their time more than required when they are on this app.

Henceforth, you should strictly set screen time rules, especially during summer as they have more free time during this time. When you allow specific time on such apps, your teen will not do much on the apps.

Likewise, there are fewer chances of teens getting exposed to social media bullies and other adverse effects when they have limited time to use such apps.

Moreover, by applying this method, you will be able to limit your teen’s screen time. As you are pretty aware that, if there is no time limit on social media usage, teens can use their devices all day and night.

This is by far my most favorite parental control apps as it provides the most accurate picture of what your kids are doing on their device. Apart from, fenced.ai, you can even use apps like bark, Qustodio, Net Nanny, and so on.

With parental control apps, you can set a time limit on the app usage or even block the apps if your teens do not follow the rules.

Educate your teen about the potential threat that they can get by using this app. You should teach your kids that once they make a post on their social media, it is there forever, even if they delete it. Let us know if the information regarding "is Tumblr safe" is helpful through comments.