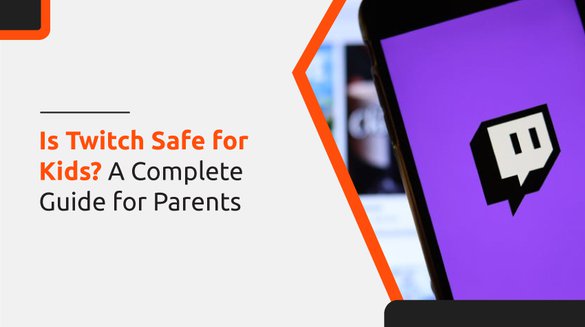 Is Twitch Safe for Kids | A Complete Guide for Parents

Twitch offers content concentrating on music, other creatives, and lifestyle in addition to video games, ensuring that there is something for everyone on this rapidly developing network. Users may watch everything from video games to music festivals, professional sports, and television events on Twitch.

Twitch users may either produce their content or watch other people's material by checking in to their favorite live broadcasters and channels. Anyone interested in live broadcasting may do so, and through Twitch's affiliate network, they may start generating money from their audience.

Twitch is known for its engaging community, which is why it has spent the last few years increasing its content and pushing its chat and live streamer support services. Twitch bits, a virtual currency that allows viewers to pay their favorite broadcasters.

Is Twitch Safe for Kids?

Twitch is undoubtedly a network that parents will want to pay attention to because of its rising popularity among younger viewers and young gamers. However, there are several issues to consider regarding worries about the streaming platform since it can expose youngsters to improper information and online predators.

Twitch, like any live streaming service, may be dangerous for children and teenagers. It has moderators and rigorous regulations in place for sexually suggestive or graphic material, but it doesn't have filters or age gates for specific categories or games, such as Grand Theft Auto V and Crysis 3. 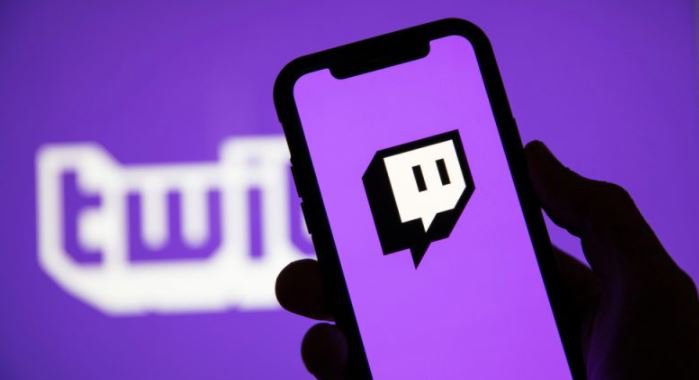 This website requires users to be at least 13 years old. However, Common Sense advises children aged 15 and older to utilize the service. This is primarily due to the unpredictability of live streaming and the open discourse, and easy access to pornographic content.

Is Twitch safe for kids? Let's learn in detail.

Parents should exercise caution when their kids are live streaming because the content isn't edited, and anything may happen. It is because there is no delay between what is happening live and what your child sees on TV, unfiltered language, unsuitable pictures, and other things may be broadcast.

Twitch's community standards forbid spam, scams, violent, vulgar, and sexual material, but that doesn't mean it doesn't happen. On the other hand, parents should be informed whether their child is live streaming or want to do so.

Twitch's terms of service state that users must be 13 years old or older to use and stream on the network, though this does not often prohibit younger people from doing so. Parents and children should be aware of the dangers of live streaming at any age.

On more popular streams with larger viewership, Twitch's chat functionality may become hectic and practically useless, as everyone is typing at the same time in an attempt to communicate with their favorite broadcasters.

Furthermore, because these discussions may get out of hand on larger channels, they can devolve into a screaming match rife with cyberbullying, hate speech, and other issues.

Users are encouraged to remark and interact with streamers as the live stream progresses, but as the crowd expands, the chat rapidly gets overburdened with remarks. Some people take advantage of this by using profane language and harassing others.

Twitch's moderators cannot keep up with the consequent overflowing discussion, and many commenters go unpunished as a consequence. Given the lack of control over these dialogues, parents should assess whether their child is ready for this platform or whether co-viewing is an option.

Direct messaging, private communication between two users, and whispers are also available on Twitch. Twitch whispers allow users to communicate secretly in a public group chat. Only that user will see your message in the group chat if you type "/w" into a conversation followed by the username you wish to interact privately with.

What can Spectators Expect from Twitch?

Although it may appear that using the Twitch network benefits just the live broadcaster, but this is not necessarily the case. There are several hidden benefits for those who watch live video game broadcasting.

1.Justification for a Purchase

Many video gamers utilize Twitch to research their options before making a purchase. For example, if a well-known Twitch live presenter tells their audience that a game is terrible, they are reluctant to spend their money on it.

On the other hand, a live streamer praises a game, the audience will be compelled to purchase it. Because of this significant effect, video game businesses are interested in Twitch and often provide top Twitch streamers free items to test and display to their audience.

Electronic sports, or Esports, are a sort of video game competition growing in relevance and popularity. Consider it the video gaming Olympics, where the top players from across the world participate.

Companies, CEOs, celebrities, and athletes are all getting in on the action by sponsoring professional video gaming teams, and it's not for the faint of heart.

Twitch provides a platform to witness the whole Esports experience, which is in great demand. Viewers will be able to watch their favorite professional gamers participate in a tournament or at a gaming conference.

Streamers can create their shows, segments, chat shows, and other original content, which they may program and stream. It's like a television network that caters to a wide range of interests without the burden of commercial interruptions.

Twitch users can watch live tutorials of favorite or new artists at work, just as many parents and children grew up watching Bob Ross fill a canvas. This comprises a wide range of activities like songwriting, cooking, sketching, painting, and more.

Have you ever wanted to go to Comic-Con in San Diego, the world's largest comic book convention? Wizard World, the world's largest pop-culture gaming event, is another option. From press conferences to convention center activities, Twitch allows individuals to watch critical events live from the comfort of their own homes.

Is It Possible for My Kid to Interact With Strangers on Twitch?

Twitch includes a built-in chat component that runs in the background of all broadcasts. But is Twitch safe for kids?

Chats are sometimes restricted to select people, such as the streamer's followers or subscribers. Even if you are unable to contribute, you may still view what others have posted. 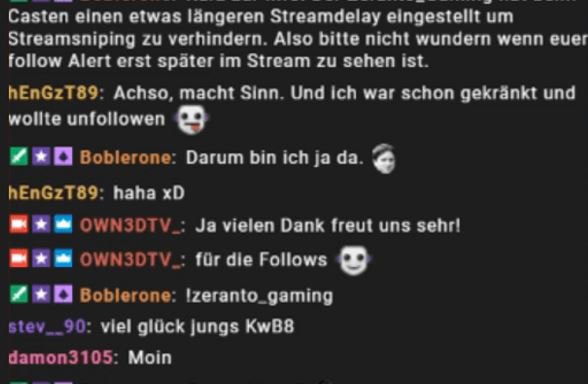 The chat stream, which is filled with Twitch's memes and emoticons, may be difficult for newcomers (and parents) to understand. It is possible to hide chat, but it is not possible to turn it off. Users can also send Whispers (direct messages) to other viewers. However, who gets access to your contact information is up to you.

Is Twitch Only for Gamers?

Although gaming is still Twitch's primary focus, the network has expanded its offerings to encompass almost every topic imaginably. Non-gaming categories include Music & Performing Arts, Sports & Fitness, ASMR, and Just Chatting, including podcasts, vlogging, and Q&As.

In addition, some broadcasters have several channels dedicated to different subjects. Most streamers market themselves on many platforms, including Snapchat, Instagram, YouTube, and Discord.

Therefore, to make Twitch safe for kids, make sure your kids don't follow them on all of their social media accounts as they will be exposed to a variety of content.

What Type of Twitch Material Will My Child See?

It's impossible to predict what your child may see on Twitch. They could catch a glimpse of a woman doing Dance Dance Revolution or someone eating fried chicken. There will undoubtedly be many players swearing and playing mature games, which they will see and hear.

Similarly, Twitch does not allow threatening language or sexually explicit content, although it does allow violent or nudity-themed games. Such feature ensures that Twitch is safe for kids.

Hate speech, disparaging remarks, and cyberbullying (albeit more frequent in the comments than in the broadcasts themselves) also appear, but they are less prevalent. In addition, there are moderators on specific channels who strive to keep harsh remarks under check.

What are the costs of using Twitch?

Twitch is free (with advertisements). However, there are charges involved. There are various methods to spend money on Twitch, including Bits, contributions, and subscriptions.

Subscriptions: Viewers may subscribe to their favorite broadcasters for a monthly charge beginning at $4.99 to obtain access to additional features such as private conversations and user badges.

Donations: Although Bits are similar to micro-donations, streamers may also request direct donations using buttons on their user pages.

Bits: Twitch's own money, which viewers can spend to Cheer, or express support for, the streamer they're watching using the chat system. Streamers earn $0.01 every Bit, and they're sold in bundles with discounts the more you buy.

YouTube and Twitch have a lot in common in terms of material quality and age-appropriacy from the viewer's standpoint (or lack thereof). YouTube streamers like Markiplier have a significant following and cover many topics, such as unboxing videos and cosmetics courses.

It also offers more interaction elements, such as chat emotes (graphics, jokes, and emoticons), making viewers and creators feel like they're in the same club. However, viewers should remember that Twitch is more famous for live streams, but it's more challenging to rewind or replay afterward.

YouTube's diverse material and improved search make it simpler to discover new things, although its suggested videos may be more radical or off-topic. Twitch, on the other hand, is notable for its community participation tools, particularly in chat.

Is There a Method to Ban Twitch Stuff That isn't Appropriate?

Twitch does not have any parental restrictions or ways to ban streaming. Users logged in can use chat filters to restrict prejudice, sexually explicit language, antagonism, and vulgarity, but they aren't failsafe.

What exactly is TwitchCon?

TwitchCon is a yearly gathering of broadcasters and viewers for seminars, meet-and-greets, and other activities. It'll appeal to youngsters who are great fans of specific streamers because it'll be well-attended and discussed on the most prominent streams.

What Exactly is Twitch Prime and How does it Function?

Twitch Prime is a paid subscription service available only to Amazon Prime members. Subscribers to Amazon Prime may link their Twitch and Amazon accounts to access ad-free watching and extra content, such as free games, exclusive in-game goods, and a monthly Twitch channel subscription.

What If My Child Wants to do a Twitch Livestream?

On Twitch, it's common for viewers to turn into broadcasters, even if they have a small audience (or none at all). Broadcasting, on the other hand, might be hazardous to children, particularly younger ones.

Discuss with your kid why they want to live stream, as well as the risks involved. If you and your child agree to go live, make some ground rules together to enable your child to communicate their passion safely and enjoyably.

Twitch is a live-streaming network that allows millions of people to watch video games in real-time or on-demand. Other channels offered to viewers include music, sports, esports, and cuisine. It is aimed at the gaming community and includes gaming news, product releases, events, and a network of game lovers.

There are many more things on the internet, including online streaming like Twitch. Not everything is suitable for kids since some contents on the internet are undesirable for them. Parents must be aware of what their kids are watching or doing with access to the internet.

Safeguard your kids online via the help of fenced.ai. You can set parental control apps like fenced.ai on your kid's devices. Also, if your kids are following Twitch broadcasters on social media, it better to keep eye on their social media activities as well.