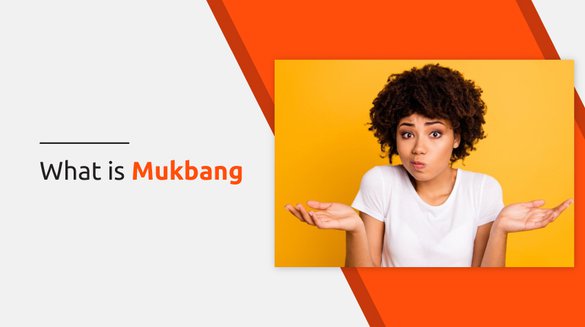 What is Mukbang? And Why Is It So Popular? | Fenced.ai

Have you ever heard about the term mukbang? You may have seen this term a lot on the internet, YouTube, and on mobile devices. If so, what is mukbang? 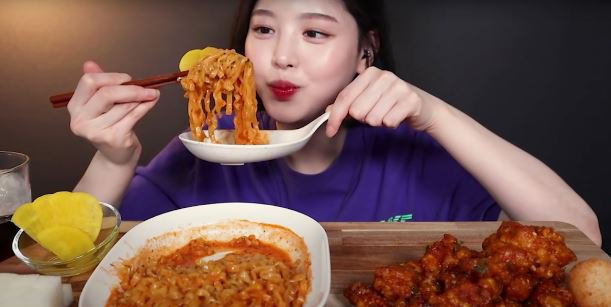 In this article, you will know what mukbang is, where it started and why there is so much popularity of mukbang nowadays. Let's dig in to understand why people love mukbang so much that it is one of the trending topics on the internet.

In simple words, mukbang refers to a live broadcast stream video where the host eats tons of food while the viewers watch. Mostly, mukbang is live, but many creators upload a pre-recorded video too.

Mukbang originates from the combination of Korean words muk-ja for "eating" and bang-song for "broadcast", which basically means "eating broadcast". The history of mukbang starts in South Korea in the 2010s. Korean mukbangs are typically what make mukbangs viral and are still trending nowadays in the first place.

In Korea, people mostly eat and dine together. And in today's generation, all can't socialize, or gather to eat, which is why mukbangs were made in the first place. It gives them a sense of company while eating, and they don't have to eat alone

In mukbang, the host consumes large amounts of meals in front of the camera, either through a live stream or uploaded videos. Sometimes, they also show how they cook their food.

After the Korean mukbang became more global, many people enjoyed watching it, especially ASMR (autonomous sensory meridian response) mukbangs, where the host records eating food, such as chewing and slurping, chomping, crunching, that produces a "feel-good" sense among the viewers.

Mukbangers make videos and even many challenges eating large-sized meals in a specific time, which gains millions of views on YouTube and Tiktok. Many young people and children are mimicking the same, so it is necessary to keep them safe on YouTube while browsing through mukbang videos.

In mukbang videos, several ranges of food are eaten, such as ramen noodles, kimchi, fried chicken, sushi, spicy food, crabs, lobsters, burgers, pizza, ice creams, chocolates, Tteokbokki and even octopus. The food depends on the location and background of the content creator.

Why is it so popular?

Since the popularity of mukbang began to rise, it has been a viral trend, and many video creators, Tiktokers, and YouTubers are into making mukbangs. Here are the reasons why mukbang is so popular:

One of the main reasons mukbang is so popular in video-sharing mediums like TikTok and YouTube. Mukbang videos are viral in TikTok, and due to their popularity on these platforms, it has made it popular among many watchers gaining the mukbangers million subscribers.

When used correctly, it can make quite an influence and gain popularity. Especially on short video platforms like TikTok, such content can be entertaining and loved by the audiences.

Mukbangers can get an opportunity to gain fame through their videos. People love watching mukbang videos, and the content of mukbangers can be an entertaining source for the viewers as well.

Many YouTubers such as Nicholas perry, aka nikocado avocado, Matt Stonie, Keemi have gained so much popularity through making mukbang videos. It is a good way to make money and get famous with one video.

And there is an increasing trend of mukbangers in their content engagement through telling different stories and real-life experiences while binge eating. Mukbang videos have even positively influenced people as a growing form of communication.

4. A Way to Help Foodies Showcase their Culinary Skills

Mukbang videos are a way to show the world the cooking skills of foodies. Not all mukbangers make videos of binge eating; rather, some themselves create videos of themselves cooking and increasing their views with culinary skills.

These videos give them a chance to showcase their culinary skills, and many people are motivated by their skills too.

Have you ever watched a mukbang and stuck to it till the end? I have. And because it is so appealing, viewers want to keep it watching. Especially if it is ASMR eating, people love to hear the slurping and chomping of eating foods. The variety of food and its presentation make the food look delicious and viral.

Mukbang has become distinctive in various aspects, which explains its popularity. For instance, imagine being able to eat a large amount of food while having your screen divided into four or five halves, each showing a different viewpoint of the mukbanger preparing their dish.

Aside from that, the mukbangers wish to take on some challenges. Some tasks kids might set for themselves include eating as many hotdogs as they can in one minute, eating as many cookies as possible, and eating until they are satisfied.

Why Is Watching Mukbang So Addictive?

When the mukbang videos started making their mark globally, people became obsessed with watching mukbang videos. Many new creators and mukbangers have emerged and created their own channels, where they earn a decent amount of money.

You may hear people slurp noodles, chew carefully and tenderly, and demonstrate appreciation for the food in ASMR mukbang videos. All that is required for a Mukbang host to convert their videos into ASMR videos is the addition of a high-quality microphone.

When the presenter makes exaggerated slurping and crunching sounds into the microphone, the ASMR experience is complete. It's difficult to stop watching mukbang since the sound of food being devoured is so appealing. Even when they are alone, it allows them to feel at ease and relax.

I hope the article on “What is Mukbang” is helpful for you. Although mukbang has come a long way since its rise, many people don't like the idea of mukbangers and mukbangs. Often, the creators receive a lot of criticism for encouraging eating disorders and unhealthy diets.

Mukbang ASMR videos can give the viewers satisfaction and pleasure, but it is necessary to remember not to adopt the same lifestyle as them. There are possible risks of mukbangs such as heart attacks, eating disorders, obesity, diarrhea, digestive problems, etc.

i. Is mukbang a Korean word?

Yes, mukbang is a Korean word that came into existence in the late 2000s. It comprises two Korean words, meokneun which means eating, and bangsong means broadcast, and combinedly, it means eating broadcast.

ii. What is the purpose of a mukbang?

The main purpose of mukbang is to make videos where the mukbang host eats a large amount of food, and the audience loves to enjoy watching it. Also, it increases a form of communication, gains popularity, and generates income through ads and sponsorships.

iii. What do you eat on a mukbang?

iv. What happens when we watch mukbang?

Several studies show watching mukbang might have negative consequences such as low metabolism, obesity, heart risks among the mukbangers and following the same lifestyle, poor eating habits, and alternation in table manners among the viewers.