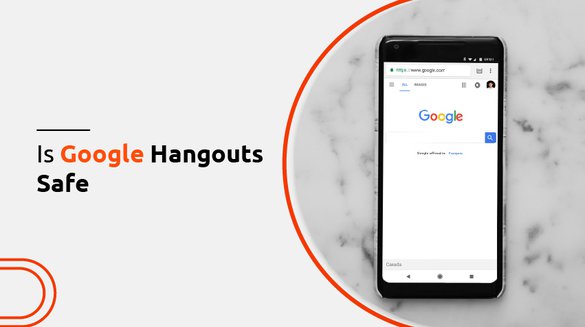 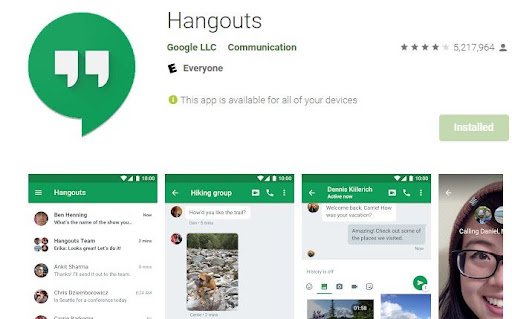 Calls and texts made within Google Hangouts are free of cost; however, you will be charged extra if you make other calls. Have you ever had a query regarding if Google Hangouts is safe or not?

Is Google Hangouts Safe To Use?

Is Google Hangouts Safe and Secure?

How To Maintain Safety on Google Hangouts?

You need to first understand not communicating with people you do not know on the Internet. You should only add people to Hangouts who you know in your personal life. It would help if you never talked with strangers in Hangouts until you verified the identity of the person.

If you want only your trusted contacts to connect with you on Google Hangouts, you can set it up by using the following steps.

While adding a password in Google Hangouts, you can use passwords that include combinations like upper and lower cases, numbers, special characters, and so on. Some password combinations that you can try are “4&o*tBtr%”, “[email protected]^Npzz”, “ZpI#mdfN%aa”, and so on.

3. Block Anyone Who is Bothering You

If you want to block anyone on Google Hangouts, first of all, you need to see people who are in your contacts, and then you can decide on blocking the people. Here is how you can see contacts on your Google Hangouts.

Now you can view all the contacts that are available on Google Hangouts. For blocking contact, follow the steps given below.

If you want to report the person, follow the steps below.

4. Always Signout After Using The App

To turn on two-factor authentication on your Google Hangouts, follow the steps given below.

You can get a variety of features in Google Hangouts. They are,

Google Hangouts is one of the most reliable means of communication. You can connect with your family or friends with Google Hangouts just in a few seconds.

Google Hangout is free to use, which makes the app the number one choice among people. There is no in-app purchase feature in Google Hangouts. To use Google Hangouts, all you need is a Google account and download Hangouts from your play store or the app store.

Quality of phone and video call

The quality of phone and video calls in Google Hangouts is remarkable. The camera and network quality that you get in Hangouts is amazing. You can even make a group or discussion room to invite contacts and make voice and video calls. If you live in the USA or Canada, you can make free calls to people not on your Google contact list.

Whether you want to find the chat history of a month ago or a year ago, you can search just by going to the search bar. You can turn on or turn off your chat history as per your preference. If you ever need to find your past conversation, you can find it simple by going through Google Chat History.

What is Bad About Google Hangouts?

Can You Be Tracked Through Google Hangouts?

No, the location tracking feature is not available on Google Hangouts. However, if the government or some official bodies give a valid reason to track a message or track a location, they track your message or location.

What are the Pros and Cons of the Hangouts App?

Here are some of the pros and cons of the Hangouts App:

With free of cost, you can communicate with anyone who is on your contact list. However, always follow the internet safety tips to protect yourself from any probable threats that you might receive. Also, do not forget to sign out of Google Hangouts chats each time you close the app.