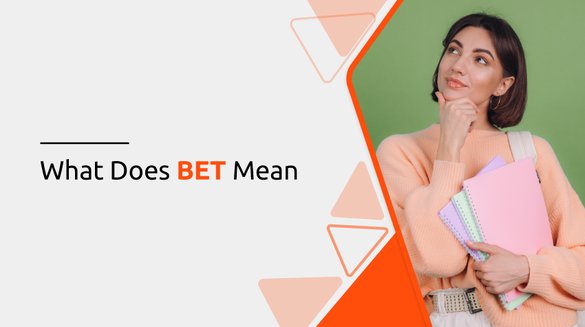 What Does BET Mean | The Teen Slang Explained

Virtual communication, such as communication through social media platforms, has been the most preferred way to interact with people of every age group. If you’re an active person in the online world, then I’m sure you’re well aware of the slang terms used. Among thousands of slang terms, BET is commonly used. So, what does BET mean?

BET is an expression used mostly in texts or when you hang out with friends and close ones. It generally means “Okay,” “Alright,” and “Cool.” Basically, BET means to agree on something that happens between two parties. 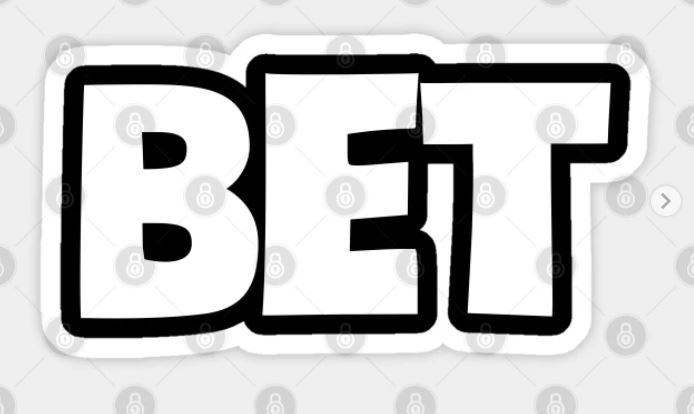 Similarly, apart from slang words, BET is also a term given when people risk money or other materials for a certain event, such as games.

Likewise, people, especially teenagers, prefer to use the word “BET” instead of saying you agree. It is so because using such slang words makes you sound cool. Apart from this, parents should also be aware of such slang words and know what ISTG means in text, what KMS means on Snapchat, 53X, Smash, POS, etc.

What Does BET Mean

BET is the agreement between two parties. It can be used in normal conversation when one agrees with the other person's point of view or plans or makes some statement about something. It is also a bet between two people where the prediction is made for the winning team or person.

The agreement with the use of slang words is risked in a wager. It can be money, objects, or other materials that can be taken and given. BET, when placed in a fun way, is acceptable, but when people risk their life or huge amounts of money, it becomes more of a risk.

When one of your friends offers you a get-together or a trip, you confirm to be part of the plan by saying “BET.”

There is an ongoing football match, and you and your friend make a prediction of a winning team and place a BET. The BET can be giving money or taking a trip or taking for a meal. The statement for such BET goes like this, “I BET you Team A will win over Team B. We can place a BET of $50.”

The BET can also be placed among parents and kids. It can be an award for achieving good academic grades. The statement supporting the example can be, “If you secure A+ in an upcoming exam, I’ll award you with the latest version of the iPhone.” And as a kid, if you agree with your parents, you say “BET.”

Few other common examples of the slang “BET” are,

Apart from BET, teens use several other slang words while using social media. As a parent, you must know those slang words and their meanings. Here is a list of a few common teen slang words.

Glow up: Transformation from bad to good.

Stan: Combination for “Stalker” and “fan.”

Drip: Used to define a boring and unattractive person.

Bussin’: To enjoy and to explode.

Yassify: Glam up. Mostly used in social media when beauty filters are used.

WYA: Where are you at?

Ghosting: The term is especially used in a relationship where one person stops talking to another.

Boujee: Defines something to be fancy or extravagant.

Sip Tea: Used for the one who listens to gossip without letting anyone know about it.

Here are a few lists of the general form of teen slang meanings every parent should know.

FOMO: Fear of missing out

GOAT: Greatest of all time

OFC: Short for “of course.”

Same: Used for the term “I can relate.”

Now that you’re aware of the general teen text codes, you also need to have ideas on sneaky text codes. Read the text codes below and find out if any of these codes are used by your kids on social media.

Netflix and chill: When someone invites a person for the make-out.

Sloshed: To be drunk

TDTM: Talk dirty to me

Smash: Means to have casual sex

Overall, do you clearly understand “what does BET mean”? Have you found your kids using the word BET? Things can go normal if BET is used for agreement or approval, such as making a trip or promising something to someone.

But, making a BET with money for a game or statement given to someone or to prove to people something is completely wrong.

Hence, kids sometimes don’t know the negative part of such slang words, so, as a parent, tell them both the general and sneaky meanings. Let us know how the information was helpful through the comment section below. We love to hear from you.

i. What does DOPE mean?

DOPE can be referred to as something excellent. And it is also a code used to define “drugs.”

ii. What do KMS and KYS mean?

4 Types Of Parenting Styles And Their Effects On Kids | Fenced.ai