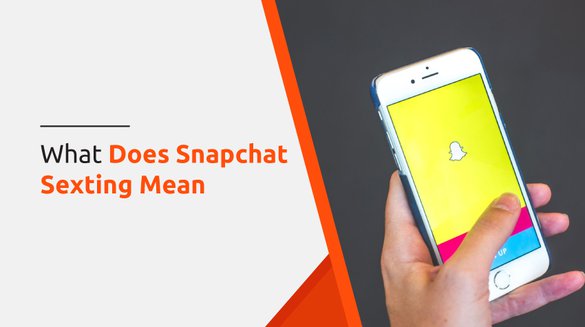 What Does Snapchat Sexting Mean | Here's What Parents Need To Know

Snapchat is a popular social media platform among youngsters and teens nowadays. With the growing popularity of Snapchat, more and more teens are engaged in Snapchat sexting. So, what does Snapchat sexting mean?

Snapchat allows its users to send photos and videos, referred to as snaps, to other Snapchat users. Also, there are many trends and features on Snapchat, such as snap streaks, snap maps, creating stories, exploring memories, shazam, etc.

Its most unique feature of "disappearing messages" vanishes the text, snaps, and videos after it is viewed or within 24 hours of viewing them.

Snapchat provides privacy as its most important feature, which has led to many teens being involved in sexting. Teen sexting is way more common nowadays, but they are unaware of the consequences of teen sexting. So, parents are worried about whether Snapchat is safe or not.

In this article, "what does Snapchat sexting mean," you'll learn everything about Snapchat texting and what to do if your teen is engaged in sexting. Keep reading further below.

What Does Snapchat Sexting Mean

Sexting refers to receiving or sending nude or sexually graphic messages. That includes photos, videos, and texts, and it can vary from sly hints, full-blown nudity, and videos of falsified sex acts.

Snapchat automatically erases all evidence of sexting from a device after one viewing. In other words, it will delete the messages someone sends or receives once opened.

For many teens, Snapchat sexting is a way to explore their sexuality and intimacy. But some do it to get attention or because of peer pressure, and others see it as typical behavior, a way to flirt, seem cool, or become famous.

There are many websites or apps for sexting; nowadays, teens and youths prefer Snapchat sexting because they think that it is the safest app for sexting. On Snapchat, sent pictures, videos, and SMS will fade after a few seconds, so they feel satisfied here.

Unfortunately, the disappearing message feature leaves teens with a mistaken sense of protection. Many believe their messages are secure and unreachable without permission. But that's far from the fact because Snapchat private messages aren't safe.

Parents should always be aware of their children's online activities. But that has become challenging as children today are tech-savvy and have a way of hiding their actions.

However, you can look for the following 7 signs to know if your children might be engaged in Snapchat sexting.

1.Overprotective Of Their mobile device

This is the first thing parents should watch out for to know if their children are sexting on Snapchat is if they are overly conscious about their phones. They either keep it near themselves or excessively use it.

If they get nervous or snatch away their phone when you try to reach it, there might be a cause for concern.

It is an immediate red flag if your child is being more secretive while using their cell phone. They may want to go to their bedroom when some notification appears on their mobile screen.

Has your teen made a sudden new friend circle that you previously didn't know about? If this is the case, they might be onto something. Try to get familiar with your teen's friends, so you know when they are not hanging out together anymore.

If you look at your kids' social media accounts, you may find them engaging in flirty photos with new or unknown people in their circle. Risky text messages and behavior on social media could suggest they are actively sexting.

5. Spending Lots Of Time On Snapchat

Are they always hooked on Snapchat? It could mean they are talking to strangers on Snapchat and engaging in explicit conversation.

6. A Drop In Performance

A fall in school grades may indicate an unhealthy relationship with Snapchat. Similarly, sexting may be an issue if the child fails to keep up with other responsibilities.

7. A Noticeable Change In Sleeping Pattern

Is there a sudden change in the sleeping pattern of your child? If they stay late in bed and wake up late when awake in the morning, it could be a sign they are sexting at night when everyone else is asleep.

What To Do If Your Teenager Is Snapchat Sexting?

You can take several steps if you find out your child is Snapchat sexting. Following are some of the things you can opt for.

1.Have a conversation with them

The first thing you can do if you find out your child is on Snapchat sexting is to talk to them. Don't be judgmental and peacefully ask them what led them to this.

Then you can make them aware of the potential dangers of sexting and how they can be a victim of cyberbullying, cyberflashing, sexual predators, etc. 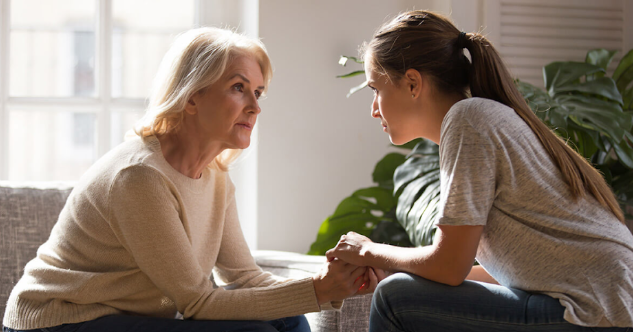 Teach them that sexting and forwarding nudes to unknown strangers can be dangerous and may be circulated throughout the internet.

Depending on where you live, there could be legal consequences for sending inappropriate text messages and photos. Many countries have flagged sexting as illegal and could lead to legal ramifications.

So, parents should instruct their children to be aware of sexting and its consequences.

Teens and children are always on their phones, damaging their mental health. So it is necessary for parents to watch out for their children's screen time.

Set appropriate rules and regulations to access mobile devices and restrict them from using them during bedtime, dinner time, bathroom breaks, family gatherings, etc. They may get fussy about it, but it is for their own good.

To help parents, technology introduced different parental control apps for watching kids' online activities. One such app is Fenced.ai which you can use this parental control solution to track all their activities on their devices and monitor all their Snapchat messages, photos, and videos too.

It's a naturalistic behavior to feel curious and test new things, such as sexting. However, parents shouldn't neglect the dangers. So educate your children about the likely consequences that come with sexting. And be on guard for signs indicating your teen is sexting on Snapchat.

If there's a reason for the trouble, take the required steps to protect your child. You must also position yourself as a supporter of your teen, not the opponent.

As you know, sexting is unacceptable for teens because it causes intense side effects on their kids' lives. So parents should shield their kids from sexting. If, unfortunately, your kid has formed the habit of sexting, don't be angry at them, and play the part of good parents and help them stop sexting.

Hence, through this article, I hope you are clear about "What does sexting mean." and things parents should understand about teen sexting.

I. Why is Snapchat used for sexting?

Since its beginning, Snapchat has been known as the go-to sexting app because of its disappearing messages, which vanish in a few quick seconds after you open them. However, there have always been ways for Snapchat users to get around this restriction. If you're quick, you can take screenshots.

II. Are messages on Snapchat private?

Snapchat has hit smartphone users across the globe with the assurance of truly private conversations. The trick is that all messages disappear after being read by the recipient, making it the perfect app for any secret conversation.