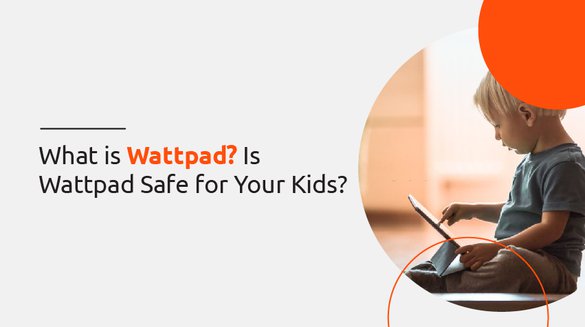 What is Wattpad| A Parent's Guide To The Platform

Wattpad, established in Toronto, Canada's startup hub, is a global multi-platform entertainment firm for stories. It is a community of readers and writers. Wattpad is a social writing website where you can share and discover stories in almost any language.

It's how Wattpad brings people from all over the world together via their mutual love of storytelling. So, what is Wattpad?

Wattpad is breaking new ground in storytelling by releasing stories into a world of limitless possibilities. Wattpad progresses toward supporting writers to achieve their professional goals both on and off the platform.

If you are a parent, you must know about internet safety facts to keep your kid safe online or offline. So this blog will be a parent guide about what is Wattpad. Is it appropriate for kids? And what can you do to keep your kids safe on Wattpad?

Currently, the Wattpad platform has more than 90 million monthly audiences who spend 52 minutes of the average session time and engage over 23 billion minutes each month in original stories.

Though Wattpad is for everyone who wants to tell a story, 90% of Wattpad's audience are Gen Z and millennials.

What Can You Do on Wattpad?

Wattpad is a social writing website that allows writers to interact with the readers. If you are a writer, you can post your stories; people can like them and follow you as a writer.

Wattpad has many genres like fan-fiction, historical fiction, fantasy-like witches, fairies, wear-wolf, vampires, teen fiction, romance, poetry, and more. You can publish stories based on these genres and have a million reads on them.

People can put your books in their library, and they can also comment on your stories as a whole or a specific paragraph they like. You can also put statuses on your page and reach out to your audience. You can also get feedback for your stories and new ideas to create more reports. 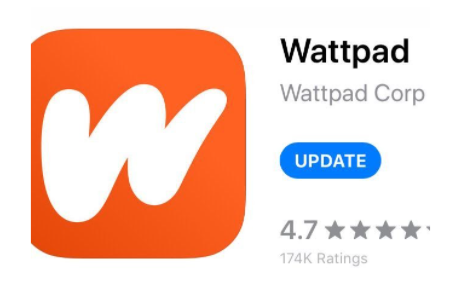 Using Wattpad as an app separates your book and notify you when the writer posts a new chapter. It also has a progress bar under the art so you can see how far you've read the story.

You can find established authors in Wattpad paid by companies to help promote their movies or product and even new upcoming authors. So you can even get the opportunity to read paid stories and original stories. Wattpad can create ample opportunities for your career.

For example, you must have heard about Kissing Booth and After. After "The Kissing Booth'', both Netflix sensations were initially published on Wattpad before being discovered by Netflix producers after amassing billions of reads on the platform.

Wattpad is also a platform that allows users to write about fan fiction. You can imagine a story and write it down on this platform for thousands and millions of users to read it.

What is Wattpad and How it Started? Brief History

Here is a brief history on what is Wattpad, how it started and where it is now.

Wattpad was founded in 2007, following five years of enormous ideas and many bad starts. Wattpad drew many readers with free public-domain classics like "Pride and Prejudice." However, the first year was rough for Wattpad as it managed to collect only 2 dollars from Google AdSense.

Wattpad's success started growing and is now available on iPhone, Android, and Blackberry with the introduction of the App Store in 2008. The Wattpad team doubled in size in 2010, and Wattpad had approximately 1 million registered users and $4.1 million in funding by 2011.

Wattpad raised $17.3 million in a Series B fundraising round in 2012. Two years later, the crew moved into their larger St. Lawrence Market office, and Techvibes named Wattpad the Top Canadian Startup and Employer of the Year. Meanwhile, Wattpad's user base was rapidly expanding, with the platform surpassing 1 billion monthly minutes spent on it.

Wattpad made the 400 millionth upload on the platform. Wattpad developed Wattpad Brand Partnerships, Wattpad Studios, and the Wattpad Stars program to become the future of entertainment for publishing houses and publishing divisions.

With the launch of Paid Stories, readers could now financially support writers directly on Wattpad. Wattpad launched its publishing label, Wattpad Books, to publish fan-favorite and data-driven stories from the Wattpad platform. Wattpad Studios collaborated on the production of its first feature-length film.

So what is Wattpad with its current status? Currently, Wattpad is one of the world's most popular social storytelling platforms, where new voices write and share stories, and readers interact with their favorite stories.

Wattpad has grown from a small group of readers to a thriving community of millions who spend a total of 23 billion minutes on the platform each month. Wattpad Studios collaborates with Hollywood to co-produce Wattpad tales for print, cinema, television, and digital platforms.

Is Wattpad Appropriate for Kids?

If your kids are into writing, they can interact with professional authors by following them. They can read their stories and learn to create new reports by themselves.

Wattpad is a space where they can enhance their reading and writing skills. But like any other social platform, Wattpad has its pitfalls. You can escape from bullying or inappropriate communication on this platform as well. 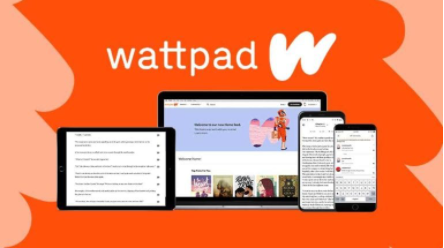 Moreover, Wattpad also contains explicit and inappropriate content and is not suitable for your kids, and your young ones can easily access these contents.

You can rank content according to their age as either "Mature" or "Everyone." The "new adult" stories on Wattpad have an age rating of 17+. However, users under the age of 17 can still read them.

Kids can change their age and make themselves appear as adults, and then they freely access explicit sexual, violent, and vulgar content.

So Wattpad is not entirely safe for your kids, and you might want to keep your eyes on them if your kids want to use this platform. And for this, you can get free android apps to monitor your kids' smartphones.

What Can You Do if Your Kids Want to Use Wattpad?

As a parent, all you want is for your kids to be safe online. So you can apply parental monitoring in Wattpad as well. You can participate in your kid's Wattpad screen time experience.

You can significantly impact ensuring that your kids have the most outstanding possible experience on Wattpad while also assisting Wattpad in creating a safe and creative community.

You can talk to them and find out what they're reading, writing about and what they'd want to accomplish next. If your kids see that you're engaged in what matters to them, they'll start talking to you about their online activities. You should also limit their screen time.

There are actions you can take to reduce the likelihood of your kids being exposed to inappropriate content or unsettling materials, as well as to prepare them for when they do. First, double-check that your kid used the correct date of birth when creating their Wattpad account.

To prevent your kids from viewing Mature-rated stories on Wattpad, type any word into the search bar and select Filters at the top of the results page. They should not see a mature material option in the Filter choices if their age is accurately set to 17.

If you find any adult content, you can report it immediately. There are three different areas that you should look into to keep your kids safe on Wattpad.

In Wattpad, your kids can face inappropriate communication or cyberbullying. Tell your kids to come to you immediately if they feel threatened or uncomfortable while online and know what you have to do if your kid is bullied online.

Very few kids who have been bullied online have contacted their parents, so reassure them that you'll "have their back" and won't take their digital devices or force them to leave the app. Your kid can have inappropriate communication with an adult who acts as their fake friends on social media.

Many think of those who seek to exploit kids as older guys who dress up as youngsters or teenagers, but the study reveals that they don't bother to hide their true identities.

Instead, they target young people they believe are vulnerable, and after they've made contact, lavish attention on them, usually indicating that they're looking for a romantic relationship.

Warn your kids that there are people online who specifically target teenagers for sexual conversations, and make sure they understand why teen-adult relationships are never a good choice.

Teens get many notions about relationships from the media, so be aware of what they're watching, playing, listening to, and being prepared to discuss gender stereotypes and how romantic relationships are portrayed.

3. How they conduct themselves on the platform.

You must also ensure that they treat others with respect. Teach your kids to begin by assuming the best in others, noticing signals of anger or distress, and always taking a moment to cool down before responding to anything.

Finally, educate your kids that, contrary to what their friends and the media may tell them, sexting and cyberbullying are not usual or frequent activities. They're more inclined to do something if they think many of their friends are doing it, even if it's harmful or dangerous.

Wattpad is a trendy social writing website for writing and reading stories. It helps make you creative and even get new ideas for your story writing. It contains millions of Wattpad books read by millions of readers.

You can self-publish stories and get a million reads. In addition to its publishing houses and publishing division, it has provided opportunities for paid stories. So you can even make money on Wattpad.

Teach them what to do if they are being bullied on social media. Also, teach them to treat other people with respect and politeness so that you can create a community where everyone is safe online.