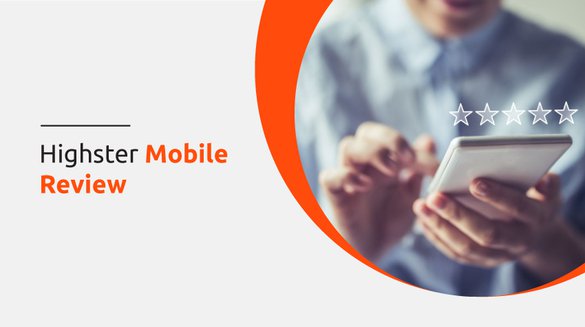 Children are increasingly being targeted online, not only by cyberbullies but also by predators to harm them. As a result, parents worldwide are concerned about keeping their children safe while using their phones. Companies need to keep tabs on their staff, and the spyware app is an excellent way to perform these activities.

One of the best examples of cell phone spying software is the Highster Mobile monitoring app.

As one of the leading spy apps available, Highster Mobile spy apps allow you to keep an eye on your kid's online activity on a specific device and are intended for parents who wish to protect their children from cyberbullying and online predators.

It's intended to be used as parental control software, but it's also useful for companies that need to keep track of their employees' work.

What is Highster Mobile Review?

Highster Mobile App is a parental control software that gives you more control over what your children do on their devices, including the content they access. You can also log in to your kid's social media accounts such as Facebook, Instagram, and Snapchat remotely, allowing you to observe their interactions with others. Based on their conversations, you can then block specific people from communicating with your child.

Highster Mobile allows you to monitor text messages, location, browser history, and online chats, to name a few things. The app has several filtering and blocking options too. Highster Mobile operates by gaining access to the target device, collecting data from it, and displaying it on your Control Panel. The software operates in stealth mode, reducing the likelihood of being caught red-handed.

The Highster Mobile spy app is available for both Android and iOS devices. On iOS devices, you need to jailbreak your Apple device; otherwise, you will not be able to use it. However, the app specializes as a spy app for mobile phones but is also used on computers.

How to Set Up Highster Mobile Spying App

Highster Mobile installation is easy and quick. The installation of the app will finish in under five seconds. If you're using an iOS device, you need to go to the App Store, search for a Highster Mobile App, and then click on the download button. Log in to Apple iCloud on the target device then you can now use the app after logging into the dashboard.

The setup for Android users is slightly different. For Android devices, you must physically access the device in contrast to iOS devices, which allow for remote installation by simply signing in to iCloud.

The features offered are the foremost thing to consider when it comes to any good monitoring app. The Highster Spying App claims to have a wide variety of features which are listed below.

With the Highster Mobile spying app, you can see every incoming and outgoing message exactly as it appeared on the mobile device, like a carbon copy even if the messages that have been sent or received have been deleted from the targeted phone. This spy software also gives the date and time of the messages. Suppose you are concerned that your child may be sending inappropriate messages or that your employees may be sending company P&C information to competitors. In that case, this is a great feature to monitor all the messages of the target device.

The Highster Mobile spy app allows you to record the incoming and outgoing phone calls with a date, timestamp, and duration of each call and save them for later review. All calls are recorded for quick and easy examination. It makes it simple to refer to and keep track of phone calls.

Highster Mobile has established itself as a sophisticated yet user-friendly cell phone spy software. So, you'll be able to figure out how to utilize it in no time because its live control panel makes it very simple for you to get all information about the target phone as a user. Even though the control panel navigation is quite simple and basic, you can choose to have advanced settings for your logs, time triggers, display options, and many other things.

With the GPS tracking feature of the Highster Mobile spy app, you can always know where the person being tracked is in real-time. The person's location is overlaid on a Google map on the control panel at regular intervals and even shows the tracking history. This GPS tracking feature assists parents in locating their children if they are abducted. Alternatively, if your child's phone is lost, you can use the GPS location of the phone to determine where it was "lost."

At the same time, many employees claim to be preoccupied with official matters when they have spent time on personal matters. Employers can use the GPS tracking feature to determine whether their employees are genuinely on official business.

The control panel of this spy app stores and displays all the sent and received photos and videos. All images and videos shot, received, and viewed on your target's phone are recorded and viewable with a time and date stamp included. You can track and view any material your kids are accessing on their devices. Highster Mobile assists you in locating all of the harmful stuff that your children have been accessing on their mobile devices.

The browser and Web Tracking

The Highster Mobile spy app is ideal for parents who want to see what websites their children are accessing on their phones and for the employer to know if your staff is working and make sure they aren't wasting time on irrelevant websites that aren't helping them with their task.

This monitoring app allows users to see all of the websites the target has visited on their smartphone, as well as the dates and times they viewed them. It includes any web pages you've bookmarked. You can ban some harmful and red-flag sites with this browser tracking function.

This fantastic app takes photos and videos and allows you to view them online or on your phone. It is the Highster Mobile, one of the most popular features so far. To use this feature, turn on the camera and take photographs and videos of your surroundings.

A computer program that records a computer or device user's keystrokes is called KeyLogger. It allows you to figure out what your kids have been typing or where they've been online. You can use Highster Mobile to capture all keystrokes that users input on their Android phones. This feature is similar to free keylogging tools.

With this functionality of the Highest Mobile spy app, you can turn the target phone into a live room bug. Because many people take their phones with them everywhere they go, it practically allows you to have a microphone on the person you want to watch at all times.

This payment is one-time only. After you've made your payment, you can begin configuring your Highster Mobile app. Highster Mobile only provides two pricing options: the Basic Package and the Pro package, so picking one will not be complex. Both Android and iOS smartphones have the exact pricing.

After searching on the Internet for the Highest Mobile Spy App user evaluations, unfortunately, the reviews for the Highster Mobile appear to be terrible. While using the spying app, it is essential to understand how things work for other individuals rather than simply our own.

For instance, some sites even labeled the Highster Mobile Spy App as a scam. The majority of these reviews are fake. It's also challenging to detect whether an excellent review was purchased and paid for.

However, there were several frequent and concerning complaints from customers who appeared to have no reason to leave a negative review. These were all based on the following issues:

The customer support phone number connects to a voicemail box. Many consumers had written comments claiming that when they emailed technical assistance, they never received a response. The emails sent to support bounce and are returned as undeliverable. It appears that there may be no support available when you need it.

Scam of a Free Trial

According to several reviews from 2019, customers who joined up for a free trial and quit within 24 hours were still charged the total purchase price.

There will be no refunds.

Many people complain that receiving a refund is nearly tough because the company does not issue refunds once you have used the phone tracking software. The issue is that there is no way to tell if the application will operate before you install the software on your phone.

Before installing this mobile spy software, you must first root or jailbreak the target phone to get the most out of it. The lack of the most incredible spying features that it claims is a recurring issue among complaints. Some reviews admit that they did not jailbreak or root their iPhones or Android smartphones, while others claim to have done so but still complain that the program is useless and does not work as stated. It could be due to intentional lying, user error (which is more likely if the process isn't user-friendly), or simply because their smartphone was incompatible.

Highster Mobile is designed for customers with moderate spying needs who want to save money. If you want spy software with most spying functions but don't want to pay a premium price, this is the application for you. It's beneficial, particularly for parents who wish to monitor their children's online activities. Furthermore, it's easy to see how Highster Mobile plans to keep this product simple to use with only two packages to choose from.

Whenever you choose the spy apps, make sure you're not violating anyone's privacy with whichever surveillance app you use. Whatever you choose, make sure your kid’s device is compatible with the app you want to use and purchase a subscription that meets your needs. Hopefully, this Highster Mobile Spy App review has been beneficial for you.

Is Twitch Safe for Kids | A Complete Guide for Parents